North Carolina's state flag was officially adopted in 1861 - at the beginning of the Civil War.

It was updated in 1865, when the state's initials were added to the original flag of red, white and blue, and placed to the left and right of the white star. 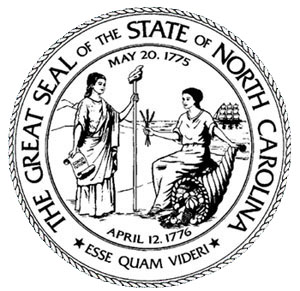 Official Seal of the State of North Carolina