Florida is the most southeastern state in the United States. It shares a border with Alabama and Georgia to the north and has the largest coastline in the contiguous US as it surrounded by the Atlantic ocean in the east, the Straits of Florida to the south and the Gulf of Mexico to the west. With a population of 20.3 million, it is the 3rd most populated state in the United States following only California (39.1 million) and Texas (27.5 million). Tallahassee is the state capital and is located in Northwest Florida.

Much of the state is at or near sea level with the average elevation of 100 feet above sea level. The total area is 58,560 square miles and has 663 Miles of Beaches.  The climate varies from subtropical in the north to tropical in the south.

Today, Florida is distinctive for its large Cuban community. The state's economy relies mainly on tourism, agriculture, and transportation, which started booming in the late 19th century. Florida is also renown for amusement parks, oranges, the Kennedy Space Center, and as a popular destination for retirees. It is nicknamed the Sunshine State and its State Flower is the Orange Blossom

Blank Florida county map for educational use. Print this map. Blank Florida map for easy or teaching, planning and reference. Print this map.

The Florida Everglades have been touted as the 'subtropical Serengeti' in reference to the great biodiversity. This vast 'River of Grass' is teeming with life; the only everglades ecosystem on the planet, making the area a high priority for conservation efforts. More information on Everglades National Park

The Florida Keys extend from the southern edge of Florida, southwest into the Gulf of Mexico. At land's end stands the island of Key West, the southern most point of the continental United States of America. More information on Key West, Florida

City of Miami has a rich mix of cultures, gorgeous beaches and great things to do for every member of the family. Located at the very southern tip of the ultimate vacation destination, the State of Florida, Miami is known for its sultry weather, tempered by ocean breezes and a semi-tropical sun responsible for many a deep Miami tan. More information on Miami, Florida

Miami Beach is known for its upscale, posh lifestyle, designer boutique shopping, rich retirees and luxury beachfront apartments. At the same time, Miami Beach is home to the neighborhood of South Beach, renowned in recent years as a top Spring Break location with a wild and crazy party scene. More information on Miami Beach, Florida

Miami Beach is known for its upscale, posh lifestyle, designer boutique shopping, rich retirees and luxury beachfront apartments. At the same time, Miami Beach is home to the neighborhood of South Beach, renowned in recent years as a top Spring Break location with a wild and crazy party scene. More information on Orlando, Florida

Tampa is located in west-central Florida and founded in 1824, the clean and modern city of Tampa offers activities and attractions for every interest and age. Known for its cultural diversity, this southern city boasts a unique blend of Cuban, African American, Italian and Spanish neighborhoods. More information on Tampa, Florida

The history of Florida can be traced back 14,000 years ago to Paleo-Indians. Many prehistoric habitation sites were submerged when the glaciers melted making artifacts difficult to find. By 3000 BC the sea levels had risen to the current levels we see today. At the time of first European contact the population is an estimated 350,000 belong to multiple indigenous tribes.  Sighted and explored by Juan Ponce de León in 1513, while on his famous quest for the mythical Fountain of Youth, he subsequently claimed the land for Spain and named it La Florida, meaning "Land of Flowers."

Florida had many waves of immigration in the 16th century from Europe and there were multiple French and Spanish settlements. Florida was under colonial rule by Spain until it traded Florida to Great Britain in 1763 for control of Havana, Cuba which was captured by the British during the Seven Years' War. During the American Revolution, most Floridians condemned the colonies declaring independence and Florida refused to send delegates to the Continental Congress. At the conclusion of the Revolutionary War, Florida was returned to Spanish control. Seminole Indian raids crossing the border into Georgia, which led the US army increasingly crossing into Spanish Territory and effectively controlling east Florida. With Spain unable tot send settlers or garrisons it cede the territory to the United States in 1821. On March 3, 1845  Florida became the 27th state of the United States of America.

In 1900, Florida was largely agricultural and most Floridians lived within 50 miles of the Georgia border. The population grew from 529,000 in 1900 to 20.3 million in 2015. The population explosion began with the great land boom of the 1920s as Florida went from a relatively undiscovered frontier to a land speculator's paradise. People from throughout the Southeast migrated to Florida during this time, creating a larger southern culture in the central part of the state, and expanding on the existing one the northern region.

Florida has undergone many transformations since that time and is now one of the most popular vacation and retirement destinations in the world.  This tourist magnet is known worldwide as the land of , orange groves, Disney World, Universal Studios Orlando, and the Kennedy Space Center. Florida is home to the electric city of Miami, stylish beach communities such as South Beach and West Palm, the Florida Keys, the Everglades, and so much more to fill a lifetime of Florida vacations.

Worldatlas.com now delivers info on the best Florida attractions in some of the hottest vacation areas in this southern family playground. Check out our Orlando Attractions page for the unique Discovery Cove (Swimming with Dolphins!), Aquatica Water Park, and the famous Universal Studios Florida. 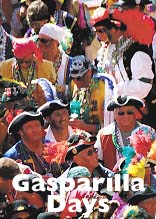 The living is easy, scuba diving is spectacular, and it all feels good in Key West Florida, Southern most point of the nation and home of the most brilliant sunsets on the East Coast. The Tampa attraction page, as with all our city pages, features a map pinpointing the locale of all the activities discussed, including the world famous Busch Gardens Tampa.

Florida is the most popular retirement destination on the planet, so if you're searching for Ponce de Leon's legendary Fountain of Youth, Florida will surely end that search.

For seniors or kids of all ages who want to play, live, and feel young, a Florida lifestyle has a whole lot to offer.

What Are the Middle Eastern Countries?