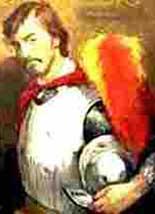 This southern state has a rich history and unique blend of cultures that is unrivalled anywhere else in the United States. Native American tribes including the Atakapa, Boocana, Nakasa and at least 12 other Indian clans first inhabited the Louisiana area. The first European explorers arrived from Spain and visited the Mississippi Delta area in 1528. Hernando De Soto followed with his expedition in 1548.

The Europeans took little interest in the Louisiana region for more than one hundred and fifty years until the French came to call in the late 17th century. France claimed a mighty chunk of North America for its own and began ambitious work on creating a commercial and religious domain from Canada to the Gulf of Mexico.

The French explorer LaSalle gave the area its name in honor of King Louis XIV. This original Louisiana territory encompassed what are now 15 of the biggest states in the USA on both sides of the Mississippi River. New Orleans was declared the French capital of this New World due to its prime location along the Mighty Mississippi River.

The French ceded most of the land east of the great river to England after the French and Indian War (aka the Seven Years' War) in the mid 1700's. The rest became Spanish territory through the Treaty of Paris of 1763 at the end of the war.

After the Seven Years' War, thousands of French loyalists were ousted from Nova Scotia, Prince Edward Island and New Brunswick (the area then known as Acadia) by the British. These refugees made the long trek south across the North American continent to Southwest Louisiana. Today's Cajun people are the descendents of Acadian settlers, with a rich culture all their own.

During the 1700's a bond between Louisiana and its parent Caribbean colony became strong and centered on maritime trade. The land of Haiti had a strong influence on the people, culture, and religion of the area. Slave uprisings in the islands led to an influx of Haitian slave refugees, which the Spanish attempted to curtail with little effect. When Haiti won its independence in 1790, thousands of displaced French descended on New Orleans and southern Louisiana, along with their African slaves. The fear of 'seditious activities' was very high, with these Caribbean slaves spreading 'dangerous doctrines' among the local slave population.

Louisiana made its way back into the French Empire through a Treaty of San Ildefonso with Spain in 1800. Napoleon Bonaparte, Emperor of France, attempted to create a new world empire based on the Caribbean sugar trade, with the linchpin being the take over and re-enslavement of the people of Santo Domingo (today's Dominican Republic). When the take over led by his brother failed, he decided to sell the whole Louisiana Territory to the United States.

The U.S. did not originally intend to buy ALL of Louisiana, but just New Orleans and surrounding regions. When Napoleon Bonaparte offered the entire Louisiana Territory, U.S. President Thomas Jefferson accepted. His special envoy James Monroe (later President Monroe) closed the 'Louisiana Purchase' for around $15 million in bonds, and that sale all but doubled the size of the United States of America overnight! After a rocky road through congress, Louisiana was officially transferred to the United States in 1803.

You know you've entered Louisiana when you hear that languid, poetic drawl, and everything just seems to slow down a pace or two. It's time then to kick back for a bit of southern hospitality, a lazy day of cat fishing, and a bowl of spicy gumbo.

The ethnically diverse state of Louisiana is home to the proud Cajun and Creole cultures. As described above, the Cajuns are descendents of Canadian Arcadians and have their own language that mixes English and French Canadian into something completely different!

Cajun and Creole culture have thankfully produced some of the finest cooking on the planet. A Louisiana vacation is not complete without a hearty sampling of the local gumbo, catfish, crayfish, and hot sauce. Even if taking a month long holiday in New Orleans, you can visit a new restaurant three times a day, every day, and still have plenty more on the list to try.

The term 'Creole' originally described the descendents of white men and black slave women, or women of mixed heritage that were often freed by their lovers or fathers. In today's Louisiana Creole refers to those who are a mix of French, African, Native American, and Spanish heritage that were born and raised in the local Creole culture.

The state of Louisiana is bordered in the west by Texas, the north by Arkansas, the east by Mississippi, and in the south by the bountiful Gulf of Mexico. In northern Louisiana, rolling hills are crisscrossed by the Red River, as it flows through the state from the northwest to southeast. Louisiana however, is also famously defined by the Mississippi River Delta and the coastal plains. The delta and resulting bayous and swamps cover the majority of Southern Louisiana. Both New Orleans and Baton Rouge are located in this region on the banks of the river.

Louisiana is home to gas and oil refineries, with hundreds of platforms located just offshore in the Gulf of Mexico. The state is also known for the quality and variety of its shrimp, crabs, and crayfish found in the saltwater tidal flats, and for the tasty catfish of the Louisiana Bayous. Both of these industries were hit hard by Hurricane Katrina, and both now are doing well again.

Tourism is a major industry in Louisiana, and no event is more important than New Orleans's Mardi Gras, as hundreds of thousands of revelers descend on the city each year for a fabulous festival of food, drink and merry making.

Music in Louisiana means Cajun Zydeco in the country and hot Jazz in the city. The annual Essence Music Festival in July brings big names in R&B to New Orleans, like Beyonce, Usher, and Anita Baker.

The charming city of Baton Rouge is the capital of Louisiana and emanates southern style and grace. There you should visit both the new and Old State Capitol buildings and tour the gracious Magnolia Plantation for a wonderful taste of the Old South.