Long before European settlers arrived, this was the ancestral homeland of many Algonquian Indian tribes. All would eventually lose their lands, and those who survived the brutalities of colonial expansion, fled west over the Allegheny Mountains.

The earliest explorations of the coastal area were organized by the Dutch, Portuguese and Spanish. In 1609, while unsuccessfully looking for a nautical passageway to the riches of China and the Far East, Henry Hudson sailed into these waters.

In 1610, Sir Samuel Argall, returning to the Virginia Colony with supplies from England, was apparently blown off course and sailed into a large bay. He named it in honor of Lord De La Warr, then governor of the Virginia Colony - thus the name Delaware.

The Dutch were the first Europeans to actually settle in Delaware; they established a small trading post at Zwaanendael, near present-day Lewes in 1631. Within a year their settlement was burned to the ground and all were dead; killed by Indians.

In 1638, the Swedes established a permanent colony at Fort Christina (now Wilmington), and a few additional forts along the Delaware Bay. By 1655, the Dutch took control of the upstart Swedish colony, incorporating it into their Colony of New Netherlands.

James, the Duke of York, financed a 1664 expedition into Delaware Bay, and the overmatched Dutch were quickly extricated by the British. Eighteen years later, William Penn, founder of Pennsylvania, needing access to the sea and struck a deal with the Duke, leased the Delaware land and annexed it into his province.

These "Lower Counties" (Delaware) were now governed by the Province of Pennsylvania. As its economy grew, and less and less immigrants arrived from England, Delaware needed a labor force and it began to import large numbers of African slaves.

At the dawn of the 18th century, growing factions in Pennsylvania and the "Lower Counties" desired autonomy, with both wanting to make decisions without the others' consent. Though part of the much larger Province of Pennsylvania, Delaware's desire to become a separate, stand-alone entity continued to simmer.

In the 1770's, restrictions and high taxes imposed by England's King George and his Parliament did not sit well with the citizens and merchants in the colonies. Though mostly opposed to a break from Britain, Delaware decided to send representatives to a meeting in Philadelphia to help find a solution.

That meeting, or the First Continental Congress, occurred in 1774. In June of 1776, a special committee of the Second Continental Congress was formed to draft a Declaration of Independence from Britain; freedom's bell was ringing and the Revolutionary War was just around the corner.

On July 1, 1776, Caesar Rodney, Delaware patriot leader and member of that Continental Congress, was in Dover at an important meeting. There he was informed that the upcoming vote on the Declaration of Independence would surely be deadlocked.

To break that tie, Rodney rode his horse eighty miles that night to Philadelphia - arriving as the voting was just beginning. In the end he cast the deciding vote in favor of America's independence. 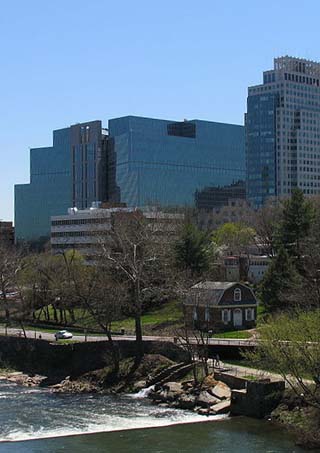 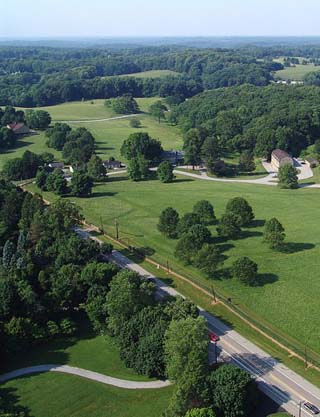