The Spanish explorer Hernando de Soto first visited the Tennessee area in 1540, and quickly claimed the land for Spain. This uninvited intrusion into the ancestral homeland of Native Americans would eventually prove disastrous for the Cherokee Indians and other indigenous tribes.

In their continuing search for gold and silver in the Americas, Spanish expeditions returned again and again, but they searched in vain for treasure. By the middle of the 17th century, after French and English explorations, both nations claimed this land as their own.

As European settlers from the original thirteen colonies gradually spread west, small communities were established in the northeast, along the North Carolina border. As a few hundred hardy pioneers reached the area now called Nashville, Indians were being summarily squeezed out of what was rightfully theirs, and they would eventually be forced to move further south and west just to survive.

During the French and Indian Wars (1754-1763), Great Britain defeated France and their Native American allies, thus taking control of a vast area of North America, including present day Tennessee. As the American Revolutionary War played out across the eastern colonies, west of the Appalachian Mountains, colonists against Native Americans, the British, and their loyalist supporters fought that war.

In 1780, at the Battle of King's Mountain in North Carolina, Tennessee militiamen overwhelmed the loyalist militia led by British Major Patrick Ferguson, and helped turn the tide of the Revolution War in the South. At war's end, hundreds of Revolutionary War veterans and their families streamed backed into Tennessee.

In the late 1780's, a few counties in western North Carolina broke off and formed the State of Franklin. This fractured area tried to join the Union, but failed. Eventually North Carolina, after joining the Union, ceded that land to the federal government in 1790, after which it was officially organized into the Southwest Territory, land collectively corresponding to modern-day Tennessee.

In 1795, there were enough people in the Southwest Territory to petition for statehood. Then Governor Blount (appointed by George Washington) convened a constitutional convention and its delegates drafted a state constitution. The Southwest Territory was the first federal territory to petition to join the Union; after some conflicting opinions in the U.S. Congress, Tennessee was finally admitted to the Union on June 1, 1796 as the 16th state.

In 1838, as the population of Tennessee continued to grow and demand for land increased, U.S. President Martin Van Buren ordered nearly 17,000 Cherokees uprooted from their ancestral homes in Tennessee. They were subsequently forced by the U.S. military to move to Indian Territories west of Arkansas. During that brutal relocation march, an estimated 4,000 Cherokees died along the way.

Slavery and States' Rights long fueled the desire for independence across the south. By February of 1861, six southern states had already seceded from the Union, and Tennessee joined them on June 8, 1861. Although Tennessee joined the Confederacy there was much pro-Union sentiment in the state.

"There is a terrible war coming, and these young men who have never seen war cannot wait for it to happen, but I tell you, I wish that I owned every slave in the South, for I would free them all to avoid this war." Robert E. Lee.

Tennessee is aptly called "The Volunteer State," as in the Civil War, it distinguished itself with military leadership, and by the brave, unwavering exploits of its native sons. 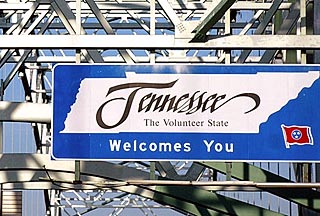 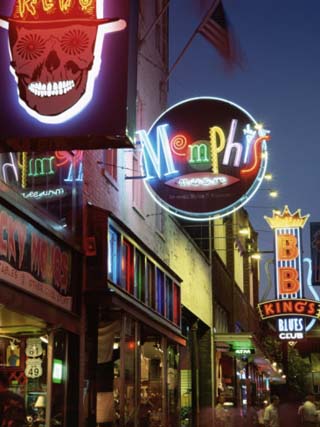 The Famous Beale Street in Memphis...
by Gavin Hellier
Buy This at Allposters.com 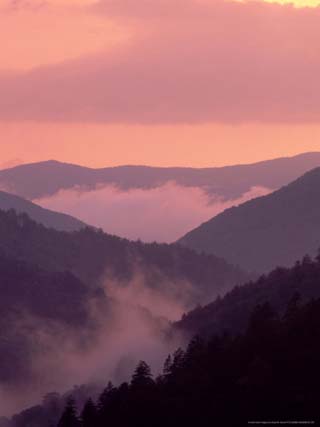