This land we now call Nebraska was long the sacred home of Native American Indians tribes; they raised their children and crops; hunted the buffalo that roamed the Great Plains, and for the most part, lived in peace.

In an aggressive and relentless search for gold and other treasures, the Spanish explorer Francisco Vasquez de Coronado claimed the central and southwestern areas of America for Spain in 1541; in the late 1600s the French claimed all the land drained by the Mississippi for France; they named it the "Louisiana Territory" in honor of their King, Louis XIV.

The French continued to expand their claims, much to the dismay of the Spanish; conflicts followed, but with local Indian support, the French defeated the Spanish military response. For the next century this land was fought over by France and Spain, as well as the English.

In 1800, when Napoleon Bonaparte's armies moved across Europe, pressing Spain into a corner, the Territory of Louisiana (New Orleans) and a huge slice of land in the now central United States (including Nebraska) was ceded to France by Spain via a treaty.

The face of Nebraska changed forever when the Lewis and Clark expedition explored this land as it wound its way up the Missouri River on their epic journey across middle-America to the Pacific Northwest.

As tales of these (lands of opportunity) spread east, the Oregon Trail was the route the pioneers followed; building small farms and settlements along the way. Soon steam boats from Saint Louis arrived in Omaha on a regular basis, and the territory began to grow.

Nebraska became a US territory in 1854, and in 1867, it became the 37th U.S. State. Nebraska's seemingly endless acres of fertile lands and wide-open spaces, and the Homestead Act of 1862, encouraged widespread settlement into the new state. The Indians of course rebelled (and fought back) as their lands were stolen, but they were eventually defeated in the late 1800s, when the proud Sioux Nation surrendered.

Because of the railroads, Nebraska boomed, and quickly became a major shipping point for beef cattle. In the 1870s growth was stunted as massive swarms of grasshoppers damaged all farms crops so severely that many of the original settlers returned to the east; most were soon replaced by a new wave of settlers.

At the end of World War I, and after a severe drought and the stock market crash of 1929, Nebraska farmers, like those in many other states, were close to economic ruin. It all turned around during World War II, as the demand for cattle, corn and wheat brought a new-found prosperity to the state and Nebraska never looked back. 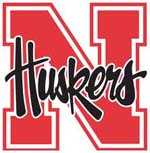 Located in the heart of America, Nebraska is famed for endless fields of corn, oats and wheat, huge cattle raising operations, idyllic small towns and farms, and of course, the legendary football teams from the University of Nebraska - the Cornhuskers! 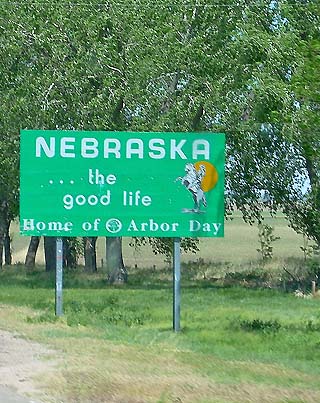 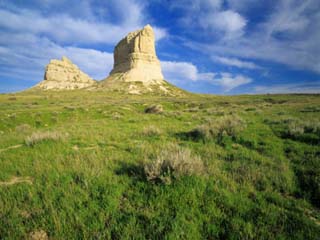 Courthouse and Jailhouse Rock...
Chuck Haney
Buy This at Allposters.com 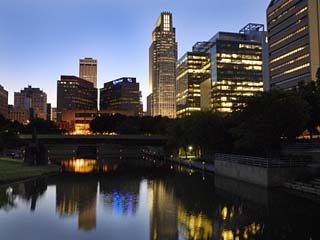 Omaha skyline...
by Gayle Harper
Buy This at Allposters.com