For many centuries Native American Indians inhabited this land called Maryland. Most of those Indians belonged to a large family of tribes known as the Algonquins that lived peacefully along the Chesapeake Bay; fishing and hunting, and trading with their neighbors on the Atlantic Ocean coastline

In 1524, Giovanni da Verrazano, an Italian explorer sailing under the French flag, explored the eastern seaboard of North America, and is considered the first European to visit the Chesapeake Bay area. At the turn of the 17th century, Capt. John Smith explored the Chesapeake Bay. A few years latter, William Claiborne, a wealthy English trader from the Virginia colony established the first English settlement here.

In 1629, George Calvert, an English politician, applied to King Charles for a royal charter of land in this new world. Calvert died suddenly in 1632, but his son, Cecil Calvert (Lord Baltimore) was later granted that charter, and the new colony was named Maryland in honor of the Queen Consort of Charles I.

Cecil Calvert remained in England, but his brother, Leonard Calvert, sailed across the Atlantic in November of 1633; his ships carried a few hundred brave souls that came ashore on St. Clement's Island in the Potomac River, and the new colony was born.

As the initial inland settlements of Annapolis and St Mary's struggled to survive, English colonists continued to arrive in Maryland, most as indentured servants. Baltimore, named after Cecil Calvert, soon emerged as a viable and vital seaport and the colony began to prosper. Subsequently, African slaves were imported to work in the fields of the growing tobacco industry.

The on-going dispute between the Penn family of Pennsylvania, and the Calvert family of Maryland over the border between the two colonies finally erupted into war in 1730. After years of violent and bloody conflicts, England's King George II negotiated a cease-fire in 1738. Shortly thereafter, the English surveyors, Charles Mason and Jeremiah Dixon, delineated the official border, and this original property dispute decision, the Mason-Dixon Line, would later become a symbolic dividing line between the Northern and Southern states during America's Civil War.

In the 1770's, trade restrictions and high taxes (the Stamp Act) imposed by England's parliament and King George did not sit well with the citizens and merchants of Maryland, and for that matter, in all of the original thirteen colonies. Though originally opposed to independence from Great Britain, it was Maryland that suggested representatives from each colony meet in Philadelphia to find a solution. That meeting, or the First Continental Congress, occurred in 1774, and the Revolutionary War was just around the corner.

In June of 1776, a committee of the Second Continental Congress consisting of John Adams of Massachusetts, Benjamin Franklin of Pennsylvania, Thomas Jefferson of Virginia, Robert R. Livingston of New York, and Roger Sherman of Connecticut (the "Committee of Five") was formed to draft a declaration of independence from Britain. Church bells rang out across Philadelphia on July 4, 1776... signaling that the Declaration of Independence was approved and officially adopted and signed in Philadelphia's Independence Hall.

That War of Independence was successfully fought on many fronts, and Maryland certainly played its part. In 1787, the U.S. Constitution was drafted and signed, and Maryland became the 7th state to join the new country, with Annapolis as its capital. In 1791, Washington D.C., designed by the French architect Major Pierre-Charles L'Enfant, was created from land donated by Maryland and Virginia, and became the nation's permanent capital. 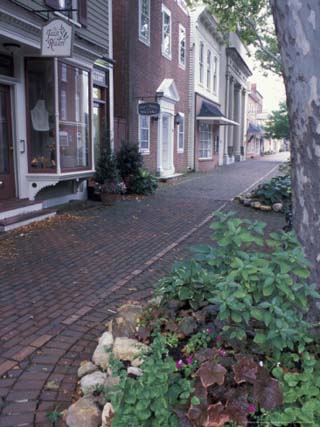 The Historic District of Chestertown...
by Jerry & Marcy Monkman
Buy This at Allposters.com 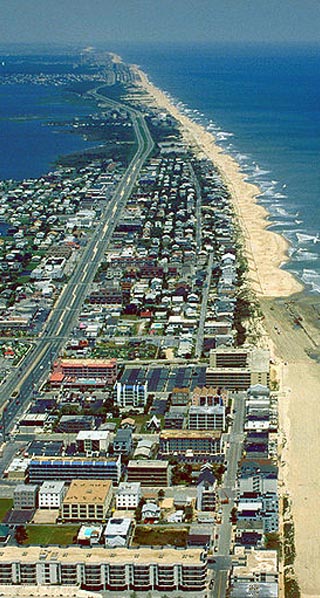