The first Europeans arrived along the unexplored coastal areas of the Carolinas (north and south) in the early 16th century. Native American inhabitants in what is now called South Carolina included the Catawba, Cherokee and Yamasee tribes.

The French and Spanish attempted to establish permanent settlements, but all failed. In 1670, the English settlement near present day Charleston finally took hold. The overall territory (north to south) was named Carolina after England's King Charles II, and it would later be divided into the British provinces of South Carolina and North Carolina.

Eager settlers continually arrived, great plantations were established along the coastal lowlands, and countless slaves from Africa labored long and hard in the rice and indigo fields. Rice was so profitable, that by 1730, over 20 million pounds were exported.

Charleston was now an important commercial port, and as the interior of this new land began to develop, the Native Americans were pushed west, and eventually their ancestral home here was lost.

The British saw an opportunity to tax the newfound wealth of America's colonies, and one of the richest, South Carolina, was no exception. Especially offended by the Tea Tax, powerful land owners and merchants rebelled, and in 1776, South Carolina declared its independence from Great Britain.

America's Revolutionary War was bravely fought on many fronts, and according to historical accounts, South Carolina witnessed more fighting than any other colony. At war's end South Carolina ratified the United States Constitution and officially became the eighth state to join the Union on May 23, 1788.

After the war the state's economy exploded; the cotton gin invention turned cotton into a significant crop, and when combined with tobacco profits, South Carolina was on a roll. Underneath this fabric of success, the riches gained from the endless toil of black slaves was a festering, hot-button issue between North and South.

On December 20, 1860, South Carolina seceded from the union, the first of the Southern states to do so. When upstart Confederate troops fired on Fort Sumter in Charleston Harbor on April 12, 1861, it sparked America's Civil War, a conflict that would eventually all but destroy the southern states. 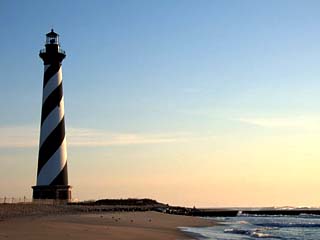 Cape Hatteras Lighthouse...
by Joseph Sohm
Buy This at Allposters.com 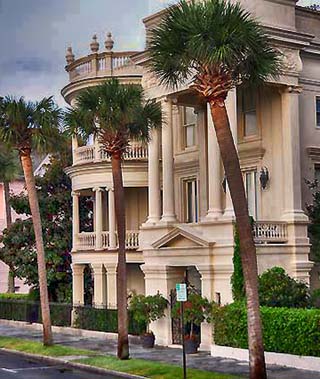