For countless centuries this rugged land was the traditional home of Native American Indians, including the Goshute, Paiute, Shoshone and Washo tribes.

While scouring the region for golden treasure in the 1770's, Spanish explorers ventured in; they were followed (in the early 1800's) by a few fur traders and trappers who passing through on their way to California.

When Mexico's War of Independence with Spain finally ended in 1821, much of the vast southwestern region of modern-day America (Spanish Territory) became a part of the country of Mexico.

During the Mexican-American War (1846-1848), both America and Mexico fought for control of Texas. When that war ended, (by agreement) the fast-growing U. S. took possession of Texas, and what is now California, Utah, most of Arizona, smaller parts of New Mexico, Colorado, and Wyoming, and of course, Nevada.

Brigham Young brought his Mormon flock into Utah, and many settled in neighboring Nevada. When gold was discovered in California in 1848, gold-rush-fever brought scores of wagon trains through this dry desert land; Las Vegas became a stop along the route west, and in just over a decade, the future (and history) of Nevada would change dramatically.

A rich vein of gold and silver (called the Comstock Lode) was discovered in 1859 at Virginia City in western Nevada; miners (even Mormons) and get-rich-quick types rushed in and wild, lawless, out-of-control frontier towns sprang up almost overnight.

The lure of riches and new beginnings brought thousands of settlers, and in 1861, Nevada was designated a U.S. Territory. By law, Nevada Territory did not have a large enough population to become a U.S. State, however, the territory's eastern boundary was enlarged in 1862, - and only 3 years later - it became the 36th state, with Carson City the capital.

In the 1880's the value of silver dropped sharply; Virginia City mines stopped producing, and many of the original miners and settlers left the state. New strikes of gold and silver, as well as federally-funded irrigation projects, and America's expanding railroad system eventually helped stabilize Nevada's economy.

At the end of World War I, Nevada and the small towns of Las Vegas and Reno permitted (and promoted) gambling, prostitution, and the sale of alcoholic beverages. When the Hoover Dam project began in 1931, it brought thousands of workers to the state, and that spike in jobs and money brought more growth to those questionable industries, illegal in all other states.

In the 1940's, at the end of World War II, most mining operations within the state had closed, and the gambling and entertainment industries expanded; larger and larger casinos opened in "Vegas" and the faces and fortunes of Nevada changed forever.

In 1950, the U.S. Atomic Energy Commission selected sparsely populated Nevada as a test site for nuclear weapons. That decision, and some improving mining operations, brought in additional revenues.

However, tourism is without doubt the financial backbone and the largest industry in Nevada. The glittering up-all-night city of Las Vegas alone attracts million and millions of tourists each year. Add Lake Mead, Lake Tahoe ski resorts, Laughlin, Reno and the state's stunning topography to the mix, and Nevada quickly becomes one of the most exciting convention and vacation destinations on the planet. 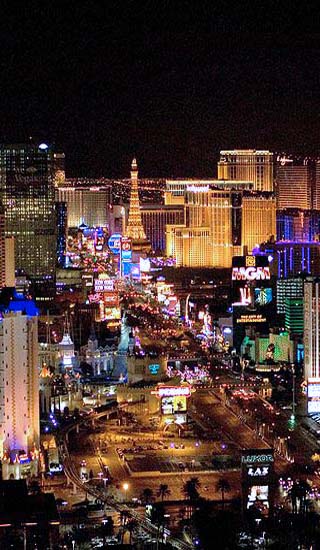 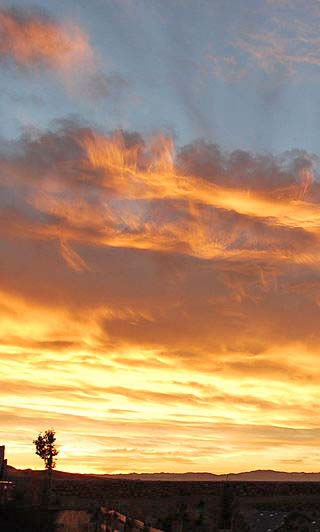