Initially inhabited by Native American Indians, the Vermont area was first explored in 1609 by a French expedition led by Samuel de Champlain. He claimed it for France, and the state's largest lake bears his name.

A century later the initial English settlers arrived. In 1724 they constructed their first permanent settlement (Fort Dummer) on a site near present-day Brattleboro.

At the end of the French and Indian Wars, the 1763 Treaty of Paris gave control of Vermont's land to the British, and a land grab opportunity surfaced.

The English colonies of New Hampshire and New York immediately claimed this land, and settlers from New Hampshire quickly staked their honestead claims.

In an effort to protect the interests of those New Hampshire settlers against new migrants from New York, Ethan Allen and others formed a militia called the Green Mountain Boys and they helped control those original claims by preventing New Yorkers from moving in.

Offended by unfair taxes and other demands from England's king, land owners, merchants and ordinary citizens in England's original 13 colonies rebelled, and they declared their independence from Great Britain.

America's War of Independence began in 1775 and ended in 1781. In the war's early stages, those same Green Mountain Boys earned additional fame by capturing Fort Ticonderoga from the British on May 10, 1775.

In 1777, proud locals here declared their lands an independent republic, and named it New Connecticut. Later that year a delegation met at Westminster, changed the name to Vermont, and drafted a constitution, one that even outlawed slavery.

Vermont remained an independent republic throughout the War of Independence, until in 1791, it joined the United States as its 14th state.

Across America, the plight of black slaves in the southern states was a controversial issue. That front-burner dispute between the northern and southern states peaked, and in 1861 America's Civil War began.

Vermont supported the Northern (or Union) cause, and some 28,000 volunteers served in the war effort. At war's end, over 5,000 of Vermont's best were dead.

In the late 19th century, and on into the 20th century, railroads changed the rural economies of the northeastern U.S. and Vermont's industries were no exception. Additional beneficial focus on the state came from two of its native sons, as both Chester A. Arthur and Calvin Coolidge, served as U.S. President.

Then the Great Depression of the 1930's reared its ugly head, proving financially disastrous across Vermont, and all of America. In the end it was World War II that helped to revive the state's 20th century economy, as many of its industries provided materials for the war.

Its modern economy is still driven by logging, maple syrup production and mining. High tech companies have complimented that mix, and tourism continues to grow as the ski resorts - near and on Mt. Mansfield - offer some of the finest ski venues in the northeast.

Vermont and its citizens have proudly served the cause of freedom, and this land of covered bridges, small towns, rolling farmland and stunning vistas remains a must visit for any student of American history, or lover of the great outdoors. 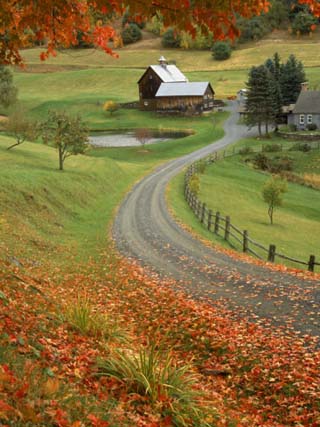 Sleepy Hollow Farm in Woodstock, Vermont...
by Charles Benes
Buy This at Allposters.com 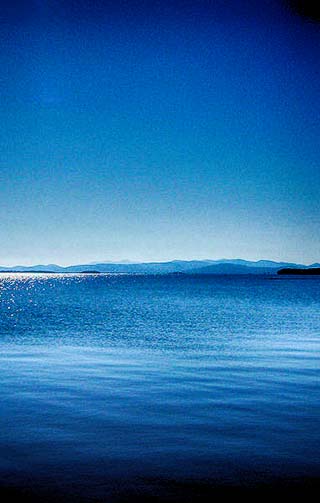