Long before European explorers probed into this land called California, its Stone Age, mostly Asian inhabitants, arrived here by traversing the Bering Strait, and over the centuries that followed a wide variety of cultures developed and prospered.

The Portuguese navigator, Juan Rodríguez Cabrillo, arrived along the California coastline in 1542. His two-ship expedition came ashore in San Diego Bay and he claimed the land for the Spanish Crown.

In 1579, the English explorer, Sir Francis Drake, sailing along the northern coastline found a suitable port where he was able to repair and restock his ships. He subsequently claimed the land for England in the name of Queen Elizabeth I.

In the late 1700's, Gaspar de Portolà, the then Spanish Governor of Baja California set out on land and sea with expeditions to settle more areas in the north.

One of his land expeditions arrived at present-day San Diego; they established the Presidio (or fort) of San Diego; then proceeded onward to the present-day sites of Los Angeles, Santa Monica, Santa Barbara, San Simeon and the Salinas River.

Sea explorers from one of Portola's many expeditions were the first Spaniards to view San Francisco Bay In fact, during most of the 17th century, Spanish expeditions continued across California as they established numerous missions and presidios (forts).

California remained under the control of Spain until Mexico's War of Independence with Spain ended in 1821, thus making California a part of Mexico.

During the Mexican-American War (1846-1848), when both nations were fighting for control of Texas, a small group of rebellious white settlers in Sonoma declared independence from Mexico (the Bear Flag Revolt).

That short-lived California Republic was soon merged into the expanding United States of America, as Mexico lost the war and eventually sold California and other territories to the U.S.

With the discovery of gold in late 1848 in the Sierra Nevada foothills - just east of Sacramento - the California Gold Rush began. A flood of 100,000 immigrants from around the world rushed to California searching for the golden riches.

California became the 31st state on September 9, 1850, and the first capital was based in San Jose. That city, along with Benicia and Vallejo (future capital cities) all eventually proved too small and unacceptable, so the capital was finally established in Sacramento. it currently has a population of 38,041,430. 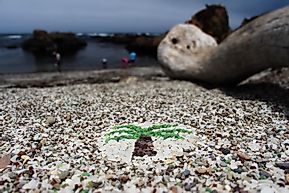