Long before European explorers traversed the plains and mountains of Montana, over a dozen American Indian tribes thrived in the region, including the Arapaho, Blackfeet, Cheyenne, Nez Perce, Shoshone and Sioux.

French explorers ventured into the area from Canada in the mid 1700's, but for the next half-century, this vast land was totally controlled by Native Americans and claimed - albeit loosely - by England, France and Spain.

In 1800, when Napoleon Bonaparte's armies moved across Europe, pressing Spain into a corner, the Territory of Louisiana (New Orleans) and a huge slice of land in the now central United States (including most of Montana) was ceded to France by Spain via a treaty.

After the Lewis and Clark expedition wound its way up the Missouri River on its epic journey to the Pacific Ocean, the beauty and riches of this frontier wilderness spread far and wide. In short order fur trappers and settlers arrived in Montana, trading posts opened and missionaries began converting Indians to Christianity.

Cattle raising operations began to take shape, and when gold was discovered in 1862, the flood gates opened as thousands of get-rich-quick prospectors built mining camps across Montana; it was a lawless place, and gold dust was the currency of the day.

Then a part of the Idaho Territory, it officially became the Montana Territory in 1864; the railroad arrived in 1883, and the cattle and farming industries quickly prospered as routes to the eastern markets opened up.

"Custer's Last Stand" an 1876 bloody battle that killed Lt. Colonel George A. Custer and all 197 of his men at the Little Bighorn Battlefield was the result of the U.S. Army trying to move all of the Plains Indians to reservations. Chief Joseph and the brave (yet, over matched) Nez Perce Indians and U.S. Army troops would continue fighting across Idaho and Montana until most Indians were finally captured in late 1877.

Near the end of the 19th century (because of its successful mining industries) the population of Montana almost tripled, and the 150,000 or so residents petitioned the U.S. Congress for statehood. In 1889 it became the 41st U.S. State.

The lucrative mines in Montana produced copious amounts of gold, silver and copper, and attracted miners and speculators from around the world. The Anaconda Company, a mining consortium of smaller operations, became the most powerful corporation in Montana and the major catalyst for expanding electric power and railroads across the state.

To stimulate additional growth the U.S. Congress created Glacier National Park in 1910. During America's Great Depression (1929-1939) the federal government hired (and paid) thousands of workers to build the Fort Peck Dam, as well as providing funds for irrigation projects and the construction of highways and roads. 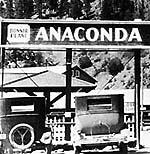 Montana's economy was in high-gear during World War II (1941-1945), as demand for its products (especially metals) was at an all time high. That high demand eventually dropped, but the state's gas, oil, and coal industries expanded rapidly during the energy shortage in the United States in the 1970's.

In the 1980's the economy of Montana suffered as thousands of jobs were lost by a significant drop in farm and lumber revenues due to governmental restrictions and shrinking markets, and by the total shut down of the Anaconda Company's copper mining operations.

Today in this land of abundant natural resources and stunning natural wonders, there remains a healthy respect for the past and a firm commitment to the future, and all with the knowledge that there's plenty of space in Montana to make anyone's dream come true. 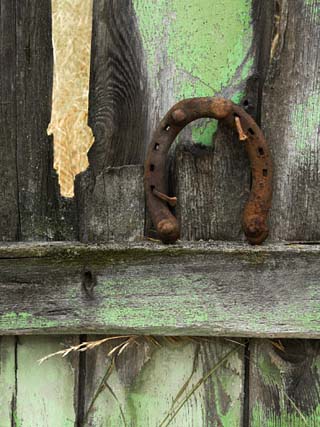 Rusty horseshoe on an old fence...
by Nancy Rotenberg
Buy This at Allposters.com 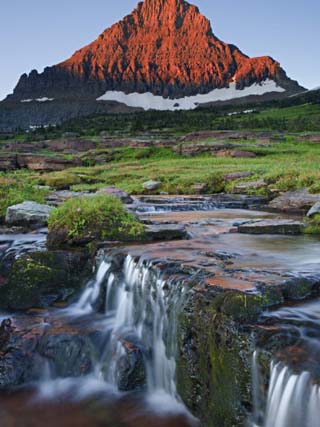 Mount Reynolds...
by Geoffrey Schmid
Buy This at Allposters.com