The original inhabitants of Connecticut (Algonquian Indians) referred to this land as Quinnetukut, which is believed to mean "Place of the Long River."

All of those Native Americans would perish from diseases brought to this land by European explorers in the 17th century, and from the brutalities of colonial expansion across their ancestral homelands.

In that regard, the Dutch explorer, Adriaen Block, sailed up the Connecticut River in 1614. Later, near present-day Hartford, the Dutch West India Company setup shop, built a fort and trading post.

That Dutch entrenchment proved short-lived as Pilgrim and Puritan colonists from Massachusetts established new settlements along the Connecticut River, and the Dutch would be forced out by mid-century.

Over time those new settlements (or intrusions) enraged the local Indians, and they fought back aggressively. Totally overmatched by firepower and manpower the Indian's efforts proved futile, and by 1637, they were all but annihilated, or captured and sold into slavery in Bermuda

The Pilgrims and Puritans quickly established their independent constitutions based on the "will of the people" and "scriptures" respectfully. In 1662, a Royal Charter joined the two groups together as the Connecticut Colony. One of the more fiercely independent of the original 13 British colonies, the Connecticut Colony proved troublesome for the British, up to, and including the American Revolution.

The British saw an opportunity to tax the new-found wealth of their American colonies, and Connecticut was no exception. Especially offended by the Stamp Act, powerful land owners and merchants in England's colonies rebelled, and they proudly declared their independence from Great Britain.

Connecticut played a significant role in the American Revolution. A reported 42,500 of its men served in the army, and one of its bravest, Nathan Hale, (America's first spy) was captured by the British, and prior to being hanged, proclaimed the memorable words, "I regret that I have but one life to lose for my country." 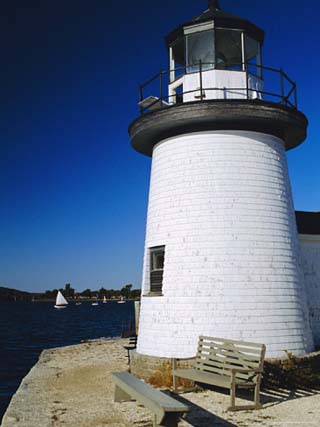 Lighthouse...
by Fraser Hall
Buy This at Allposters.com 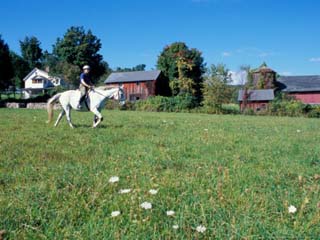