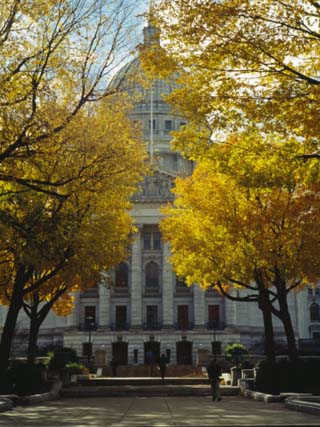 The Wisconsin State Capitol Building in Madison...
by Justin Guariglia
Buy This at Allposters.com