Found in Eastern Asia, China is one of the world's largest countries by land area, and the world's largest country by population. China shares borders with Mongolia, Russia, Kazakhstan, Kyrgyzstan, North Korea, Laos, India, Nepal, Tajikistan, Pakistan, and Afghanistan. Its capital city is Beijing, and its largest city is Shanghai. Other major cities in China include Guangzhou, Hangzhou, Chengdu, and Tianjin. Over 1.3 billion people live in China. 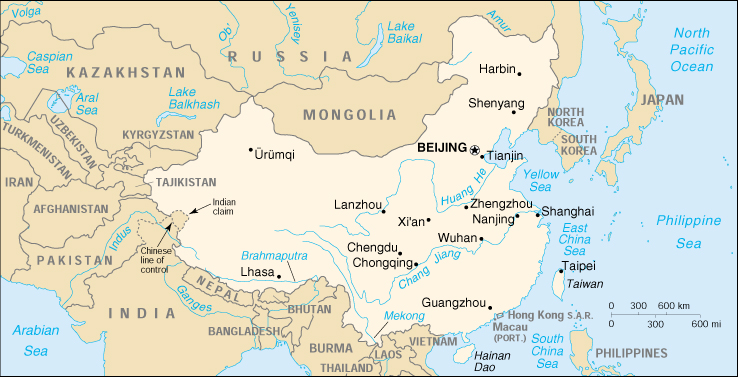