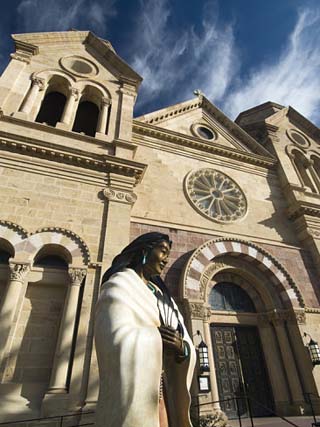 Statue of Kateri Tekakwitha in Santa Fe...
by Richard Maschmeyer
Buy This at Allposters.com