ASIA MOUNTAINS: Several significant mountain ranges stretch across Asia. Here we highlight on the map and describe the major ones, including the Altay, Gahats, Himalayan, Kunlun, Tien Shan, Ural and Zagros Mountains

Altay (or Altai)
The Altay Mountains are a mountain range in East-Central Asia, where Russia, China, Mongolia and Kazakhstan come together, and where the rivers Irtysh and Ob have their sources. Belukha Mountain is the highest peak at 4,506 m, (14,784 ft).

Ghats
The Western Ghats is a mountain range along the western side of India with an average elevation around 1,200 m, (3,900 ft). The Eastern Ghats is a range of mountains along India's eastern coast. The highest point is Jindhagada Peak at 1,690 m (5,545 ft).

Kunlun
The Kunlun Mountains are one of the longest mountain chains in Asia, extending across wester China and the Tibetan Plateau. The highest mountain is the Kunlun Goddess at 7,167 m (23,514 ft).

Tien (or Tian) Shan
The Tian Shan is a large mountain system located in Central Asia. It's positioned to the north and west of the Taklamakan Desert near the border region of Kazakhstan, Kyrgyzstan and western China. The highest peak is Victory Peak at 7,439 m (24,406 ft).

Ural
The Urals are 1,640 miles (2,640 km) in length and extend from the northern-edge of the Russian Federation down through Kazakhstan. They form a natural border between Asia and Europe Russia. The highest point in this mountain range is Mt. Narodnaya at 1,895 m (6,217 ft).

Zagros
The Zagros are the largest mountain range in Iran and Iraq spaning the whole length of the western and southwestern Iranian plateau and ending at the Strait of Hormuz. The highest point is Zard Kuhbakhtiari at 4,548 m, (14,921 ft). 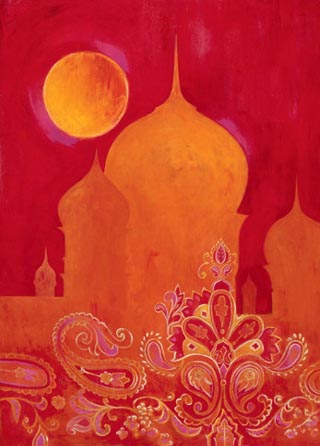