Nigeria is a western Africa country bordering the Atlantic Ocean. It is comprised of 36 states with the capital in Abuja. Lagos is the largest city. The official language is English with other notable languages being Hausa, Igbo, and Yoruba. The country has over 500 ethnic groups. It is a federal presidential state with a population of 183,202,000 people. Nigeria is one of the major oil-producing countries. The country experiences a tropical climate with rainforests, savannahs, and also arid areas to the North. In this article, we will discuss some of the ecological regions in Nigeria. 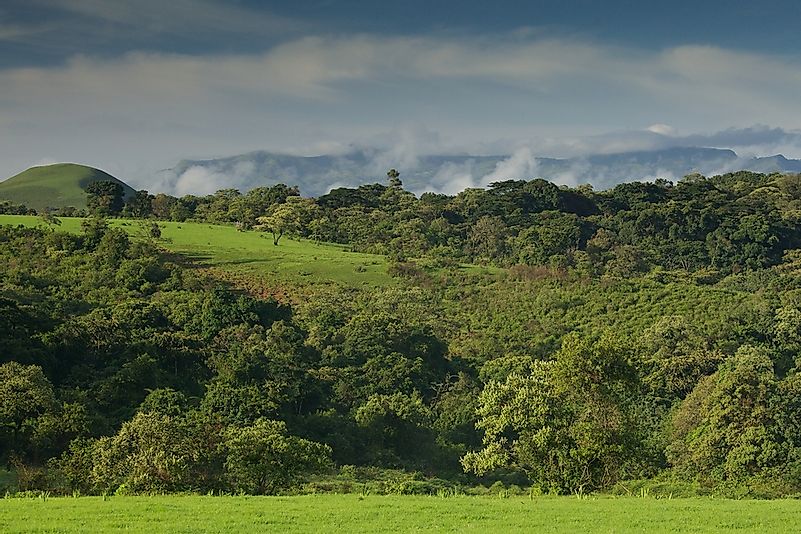 This is a  montane forest ecoregion in the mountain ranges running from the Gulf of Guinea to forming the border between Cameroon and Nigeria. The zone covers 15,000 square miles in Nigeria and extends into the western parts of Cameroon. It is characterized by a chain of extinct volcanoes with the region and has an elevation of above 2,700 feet above the sea level. The vegetation varies with altitude. In the lower elevations between 3,000 feet to 6,000 feet are covered by montane forests while at higher elevations, the flora consists of patches of grassland, bamboo forest, and shrublands. The region is inhabited by some endemic animal and bird species. There are many endangered primates’ species in the area including the Cross River Gorilla, red Columbus, and the Preuss's monkey. Forty species of amphibians are endemic to the region, and many reptiles are also considered endemic. 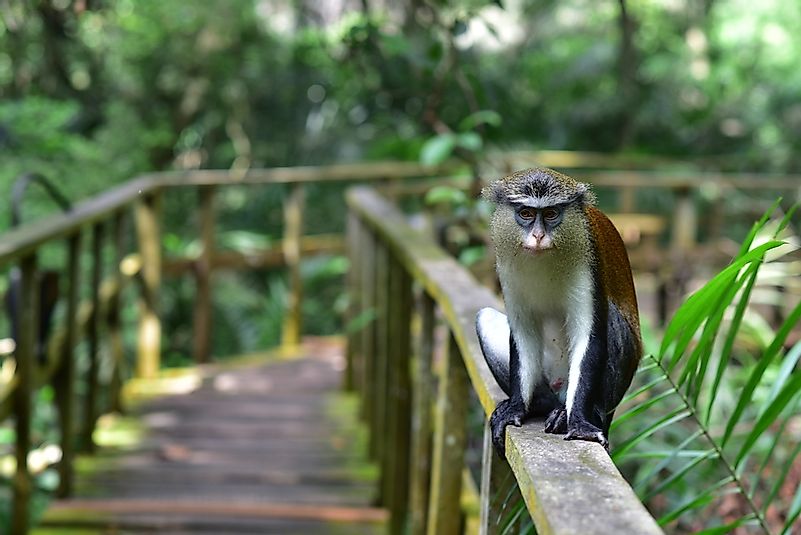 The Central African Mangroves is the largest mangrove swamp in Africa and is located in on the fertile river mouths and lagoons in western Africa mainly in Nigeria. The ecological region extends to other countries including Cameroon, Equatorial Guinea, Gabon, Ghana, and Angola. The mangroves are mainly found in humid tropical climates, and they grow up to heights of over 150 feet. They are essential in holding rivers in place, filtering the waters and creating build-ups of nutrient-rich soil on the banks. The ecoregion consists of five types of mangroves and a palm that was introduced from Asia. Crabs, oysters, and other invertebrates inhabiting the region. A rich variety of fish species also uses the mangroves for shelter and spawning. Other animals in the region include; monkeys, turtles, and birds. 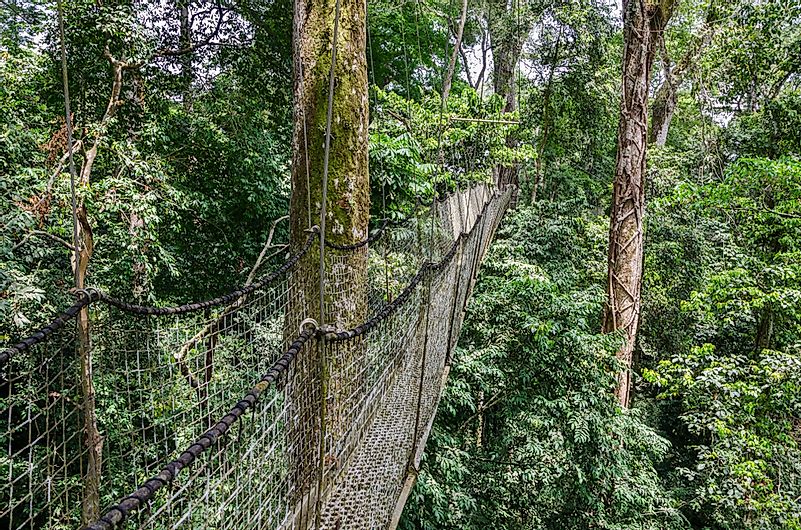 These are tropical moist forests extending to the states of Abia, Akwa Ibom, Anambra, Ebonyi, and Imo covering an area of 20,700 square miles. The climate is wet but becoming drier as you go further inland. The dry season is short from December to February. The flora of the area consists of transitional blending elements from the Upper Guinean forests to the lower Guinean-Congolian forests. Some of the notable trees are the Afzela and Borassus aethiopum. There are no large mammals in the region and bats, and frogs are the dominants species. Much of the forest cover has been cleared for agriculture and industrialization. 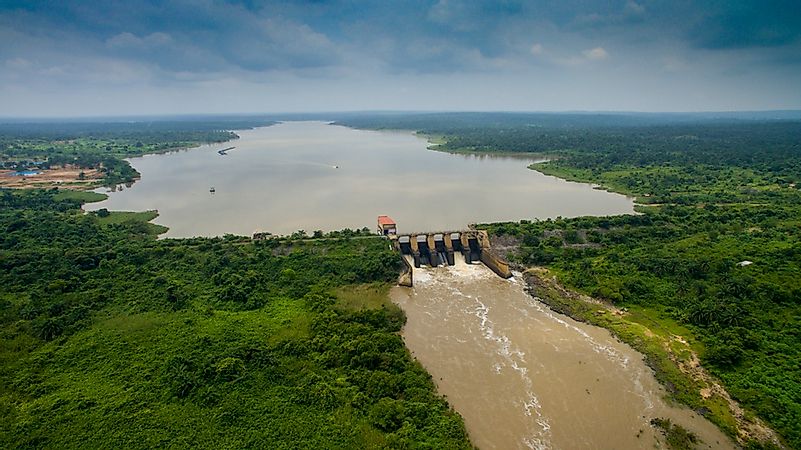 The Guinean-forest Savanna Mosaic is a large ecoregion covering an area of 260,100 square miles and extends to Senegal, Gambia, Guinea-Bissau, Guinea, Sierra Leone, Ivory Coast, Ghana, Togo, and Benin. It is mainly characterized by grassland with trees grooving alongside rivers and on hillsides. There is a broad coexistence of animal species. Birdlife largely inhabits the wetlands. The area has a high population of human life, and very little is formally protected. There are no records of any conservation efforts to the area.

The greatest threat facing the Cameroonian highland forests is the clearance of the for firewood, timber, and for agricultural use. There is little formal environmental protection programs.Oil refineries in the Nile Delta have also led to pollution, especially from oil spillage. Other economic activities threatening the ecoregion are salt panning and Agriculture. However, mangroves are resilient and not easily cleared.

What Are The Ecological Regions Of Nigeria?

This page was last updated on August 1, 2019.
By Kenneth Kimutai too