The Yellow Sea is an inlet of the Pacific Ocean lying between mainland China on the west and north, and the Korean Peninsula on the east.

The Yellow Sea derives its name from the color of the silt-laden water discharged from the numerous Chinese rivers that drain into its waters. 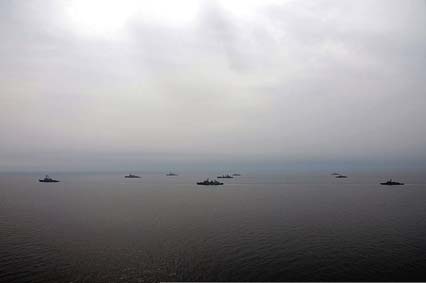 Military ships dot the horizon on the Yellow Sea...