North Dakota is positioned in both the northern and western hemispheres. Located in the North Central (or Midwest Region) of the United States of America - a part of North America - North Dakota is bordered by the states of Montana, Minnesota, South Dakota, and by the Canadian provinces of Saskatchewan and Manitoba. 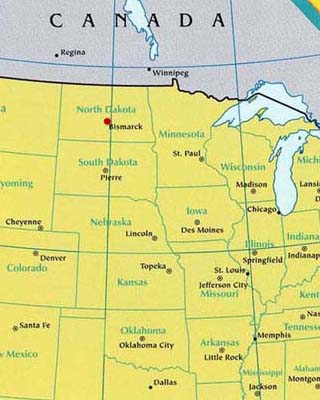