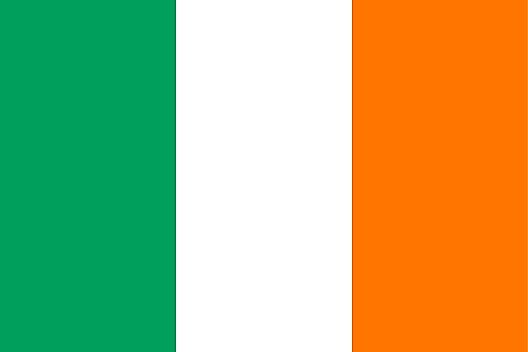 Ireland's central lowlands of flat rolling plains are dissected by bogs, loughs (lakes) and rivers, and surrounded by hills and low mountains.

The western coastline includes numerous sea cliffs. The most famous, and some say the most beautiful in all of Europe, are the Cliff of Moher. They reach a maximum height of just over 213 m (700 ft.)

Ireland has dozens of coastal islands, including Achill, the country's largest. Others of significance include the Aran Islands to the southwest of Galway and Valentia Island just off the Iveragh Peninsula. Other peninsulas of note include the Beara and Dingle.

The River Shannon at 386 km (240 miles) long is Ireland's longest river. It widens into four loughs (lakes) along its route, including Lough Allen, Lough Bafin, Lough Derg and Lough Ree. Other inland loughs of note are the Conn, Corrib and Mask.

Besides the Shannon, additional rivers of size are the Barrow, Blackwater, Boyne, Finn, Lee, Liffey, Nore, Slaney and Suir. 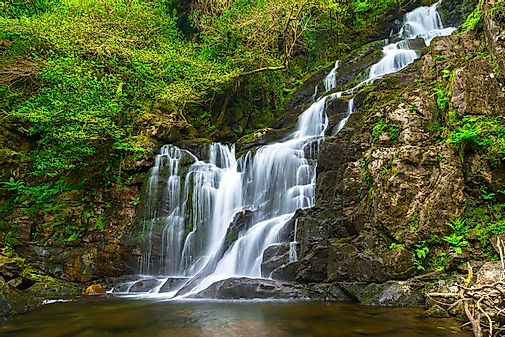 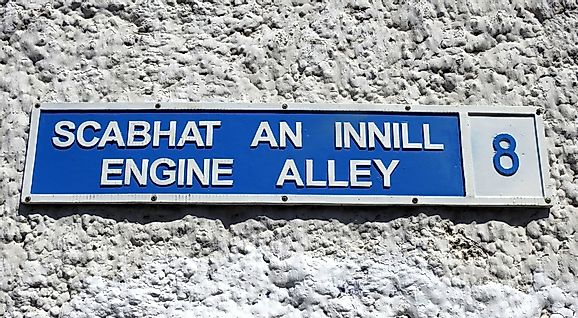 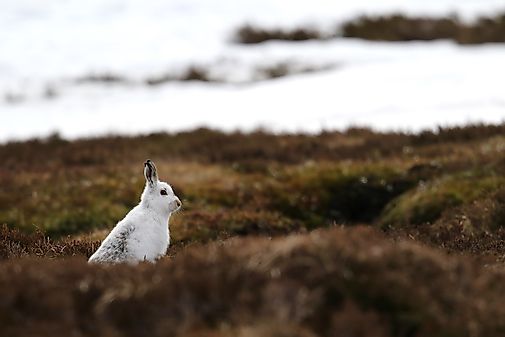 Ireland is an island country in the North Atlantic Ocean, and is part of the continent of Europe. 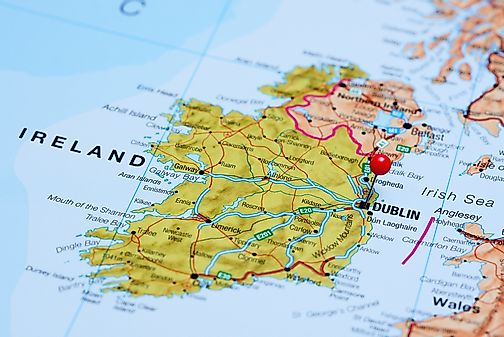 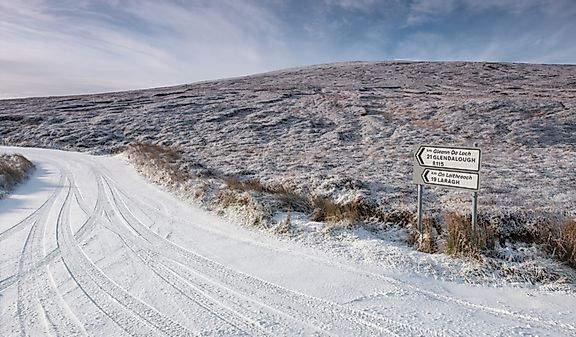 The official currency of the Republic of Ireland is the Euro. 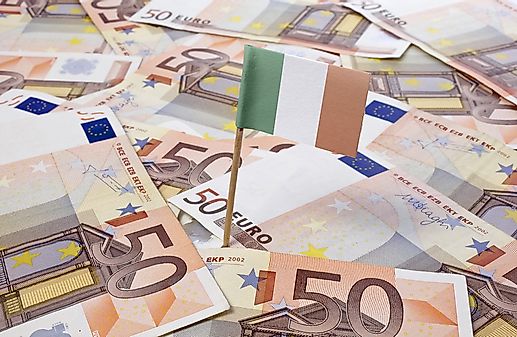