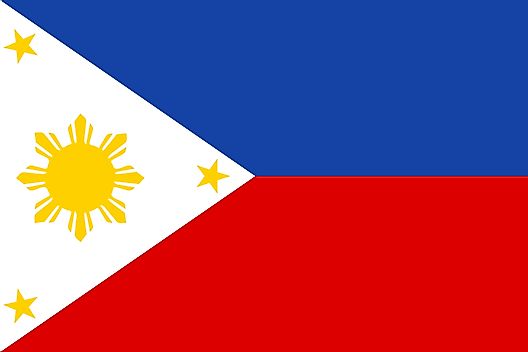 The Philippine islands, positioned on the Ring of Fire, are subject to frequent earthquakes and volcanic eruptions.

The Mayon Volcano is the most active in the Philippines, and considered one of the most dangerous on the planet, however, it does not stand alone; in 1991, Mount Pinatubo erupted, and proved to be one of the most significant volcanic eruptions in recorded history.

Extending about 1,100 miles (1,770 km; north to south), its many islands (volcanic in origin) are mostly mountainous, with narrow coastal plains; many islands are covered by tropical rain forests. Luzon is the largest island, followed by Mindanao, and both have numerous volcanoes.

The longest river is the Cagayan (Río Grande de Cagayan) on Luzon, 217 miles (350 km) long. Other significant rivers (on Luzon) include the Abra, Bicol, Chico, and Pampanga. On Mindanao, important rivers include the Mindanao River and the Agusan.