While some locations experience many hours of sunshine yearly, others experience minimal average hours of sunshine. Sunshine duration is a commonly used climatological indicator. Sunlight duration is expressed as an averaged value of sunlight hours over several years and is used as an indicator of the general cloudiness of a place. Tórshavn, Faroe Islands is the cloudiest city in the world based on sunlight duration.

Tórshavn is the biggest town and the capital of Faroe Islands. The town lies on the southern part of the east coast of Streymoy, the largest island. The city borders two mountains: Mt. Húsareyn (1,138 ft) on the northwest and Mt. Kirkjubøreyn (1,150 ft), on the southwest. Tórshavn ranks among the cloudiest places on the planet. It records an average of only 2.4 hours of sunshine per day and 840 hours per year. The city experiences mild winter temperatures due to the cloudy weather and ice-free water that surrounds it. Tórshavn has a subpolar oceanic climate. It has mean summer highs of 12°C and average winter highs of around 6°C. Winter temperatures rarely fall below freezing. Tórshavn experiences the highest monthly precipitation during fall and winter.

Formerly referred to as Chungking, Chongqing is a popular city that lies in southwest China. It is among the four directly controlled municipalities in China alongside Shanghai, Tianjin, and Beinjing. Unlike the other municipalities, Chongqing is located far from the coast. It is one of the most populous cities in China. The city has a humid subtropical climate. It experiences very wet climate conditions for the most part of the year. Since the city lies in the Sichuan Basin, it has low annual sunshine hours. It only receives 1,054 hours of sunshine per year. The city receives the least sunshine in December and January at 8%, and the highest in August at 48%.

São Joaquim lies in Santa Catarina, southern Brazil. The city lies at an altitude of 1,360 meters (4,460 ft). Due to its high altitude, the city experiences a subtropical highland climate. It experiences cool summers and low temperatures during winter. In the winter of 1991, the city recorded the lowest temperature of -10°C. The city experiences few yearly hours of sunshine averaging to 1,055 sunshine hours per year. The hottest month is January with an average temperature of 17°C while the coldest month is July with an average temperature of 9°C. Frost occurs especially in the months of winter. Snow may also occur especially on cold rainy days.

Dikson is a city located on the Arctic Ocean coast of Russia. The city lies at the mouth of the Yenisei Gulf and serves as a port. It is the northernmost port in Russia. Due to its location, the port at times experiences total darkness with no twilight. This mainly happens between December and early January. On average, the city experiences 1,164 hours of sunshine per year. The port is among the most isolated settlements in the world. Dikson also goes by the name 'Capital of the Arctic' due to its location in the far north. The port experiences severe Arctic Tundra climate. In Dikson, winter lasts for more than ten months. For two of the winter months, the sun does not rise at all. August is the warmest month in Dikson but even then, the weather is unpleasant.

Formerly referred to as Santa Isabel, Malabo is the capital of Equatorial Guinea. The city lies on the north coast of Bioko Island, formerly referred to as Bubis. It is the oldest city in Equatorial Guinea with many buildings constructed in colonial style. Malabo has a tropical monsoon climate. It has a long cloudy and wet season lasting from March to November. The city experiences an annual rainfall of 1,800 mm. The sunny dry season is short often lasting from December to February. Malabo has limited hours of sunshine and only experiences 1,176 hours of sunshine per year. Even in the driest months when it is not rainy, Malabo still experiences intense fog and haze. It rates among the cloudiest and wettest capitals of the world. 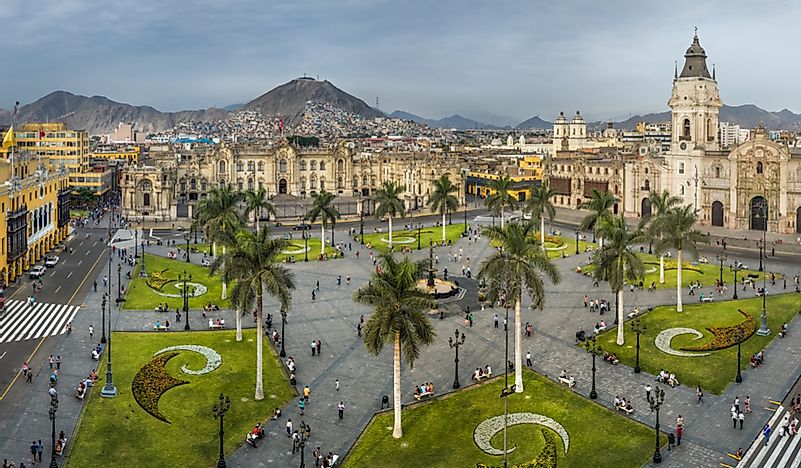 Lima is the largest city and the capital of Peru. It lies in the central coastal part of Peru overlooking the Pacific Ocean. Lima and the Seaport of Callao form the acclaimed Lima metropolitan area. Lima is the third largest city in South America and the most populous metropolitan area of Peru. Lima has a mild desert climate. The city has relatively high humidity, which produces fog often. It thus has limited sunshine hours averaging to 1,230 hours per year.

Located in southwestern Iceland, Reykjavik is the largest city and the capital of Iceland. It is located on the southern shore of Faxa Bay. It experiences 1,236 average sunshine hours per year. The city has a subpolar oceanic climate. Reykjavik rates among the coldest and cloudiest capitals in the world.

Taipei serves as the special municipality and capital of Taiwan. The city experiences a monsoon humid subtropical climate. Due to its location in the Pacific Ocean, Taipei is affected by the Pacific typhoon season between the months of June and October. The city receives 1,405 average sunshine hours per year. 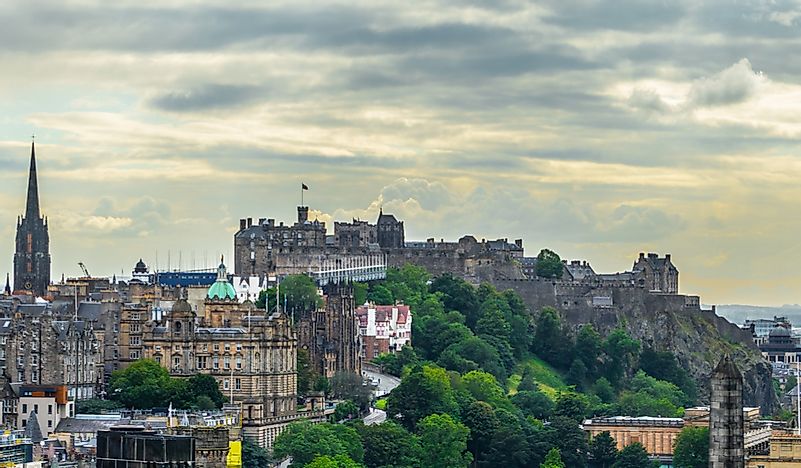 Edinburgh is the capital city of Scotland. Similar to other areas in Scotland, Edinburgh experiences a temperate maritime climate. It has few hours of average yearly sunshine, only 1,427 hours per year. The town experiences moderate summer and winter climates. Due to its location between the coast and the hills, Edinburgh is very windy.

Other Cities with Limited Sunshine

Sunshine is a rare occurrence in some parts of the world. It all depends on the location and the prevalent climatic conditions. By understanding the sunshine climatological data, people are able to make decisions, especially regarding travel and investments. Other cities with limited sunshine include Dublin in Ireland, Copenhagen in Denmark, Sapporo in Japan, and Pointe-Noire in Congo, among others.

Cities with the Least Hours of Sunshine per Year