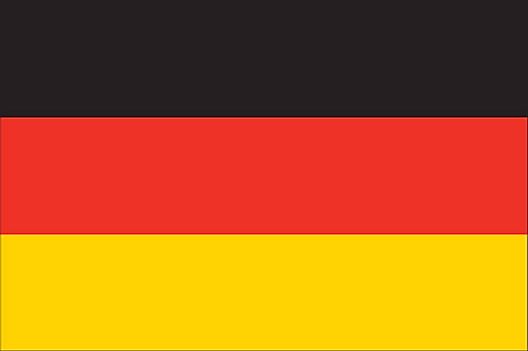 By size, Germany is the seventh-largest European country and from north to south the topography varies quite dramatically.

The North European Plain extends across the northern reaches of the country; this flat, lowland terrain is dissected by numerous bogs, rivers and streams, and is mostly used as farmland.

The North Sea coastline is low, marshy wet land, with dikes, mudflats and scattered islands. The Baltic Sea is hillier with some jagged cliffs. Rugen, Germany's largest island, is forested and rather hilly with steep cliffs and sandy beaches.

In the northeast, and then stretching to the south of Berlin, Germany's land remains sandy and punctuated by dozens of mostly small lakes formed by retreating glaciers during the last Ice Age.

The land then rises into the forested uplands of central Germany. Major landforms here include the volcanic in origin Harz Mountains and the thickly wooded Rothaargebirge Mountains.

Further south the rounded hills and mountains of the Eifel and Huynsruck uplands front the Rhine River Valley. Moving eastward through Germany, the Vogelsberg Mountains, Rhon Plateau (or Mts.) and Thuringian Forest are the dominate features. The uplands continue eastward, eventually rising into the Ore Mountains on the Czech Republic border.

In the far south the land remains mostly hilly, with heavily forested mountains. The Bohemian Forest covers a lower mountain range along the Czech Republic border, and along the country's far-southwestern border with the Rhine River and France stands the thick (story-book famous) Black Forest.

Stretched along the northern coastline, the Frisian Islands, East and North are separated from the mainland by the Waddenmeer. These barrier islands provide a small level of protection from the North Sea.

The country is drained by dozens of rivers. The longest river in Germany is the Rhine. Rising in the Alps of Switzerland, it's overall length runs (820 miles) (1,319 km), and along it path numerous tributaries and branches stretch in all directions

Another river of note is the Danube, which rises in the Black Forest to then stretch across central Europe all the way to the Black Sea.

The largest lakes include Chiemsee and Muritz, and Lake Constance along the Swiss border in the south.

Across Germany a large series of man-made canals join navigable rivers, creating thousands of miles of interconnecting inland waterways. They're used for commercial and local traffic, and by large fleets of cruising riverboats and charter barges.

The colors of the flag of Germany somewhat resemble the colors used in the Roman Empire, which were just black and gold. 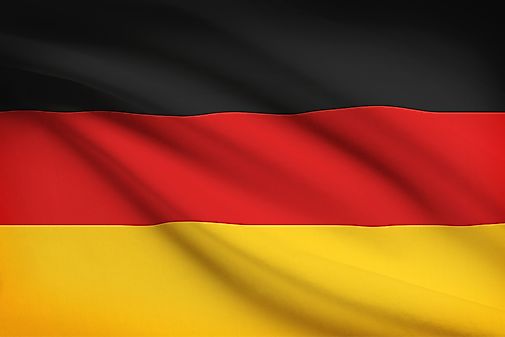 What is the Largest Ethnic Group in Germany?

Germans make up the largest ethnic group in Germany at an estimated 80% of the population. Ethnic minorities in the country include Turks, Poles, Italians, and Russians. 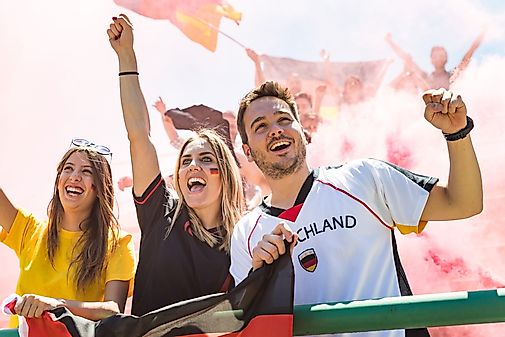 A coalition government refers to a government that incorporates the cooperation of several political parties. 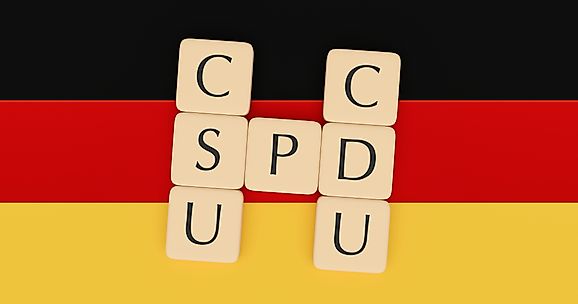