The Great Plains of North America slope east from the Rocky Mountains, extending south from Canada, through Oklahoma, and on into the northern regions of the State of Texas.

For the most part, Oklahoma is a series of flat plains dissected by rolling hills, ridges and low mountains.

The northwestern corner (known as the Panhandle) is a fertile grassland area that gently rises into rocky mesas near it western borders with Colorado and New Mexico; here stands its highest point; Black Mesa at 4,978 ft.

There are three mountainous areas within the state; the irregular, low granite peaks of the Arbuckle and Wichita Mountains, and the sandstone ridges of the Ouachita Mountains. In addition, to the east of Tulsa, a portion of Oklahoma's land rises into the Ozark Plateau, a heavily-forested region of small hills and mountains crisscrossed by numerous small rivers and streams.

Three significant rivers drain Oklahoma into the Gulf of Mexico including the Arkansas, Canadian and Red. The state's lowest point, (289 ft.) is along the banks of the Little River, just to the south of Shawnee.

For a closer look at the overall topography of Oklahoma, view this topographic map! 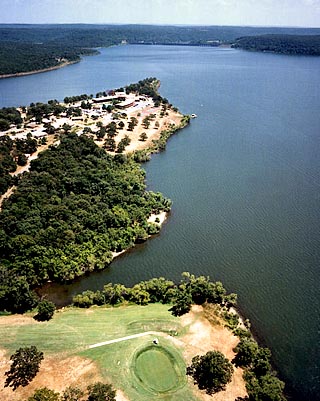