On Saturday, July 9, 2011, southern Sudan became the independent country of South Sudan. This is the culmination of a six-year process that ended a long, brutal civil war that caused the deaths of millions.

Military regimes favoring Islamic-oriented governments have dominated national politics since independence from the UK in 1956.

Sudan was embroiled in two prolonged civil wars during most of the remainder of the 20th century. These conflicts were rooted in economic, political and social domination between the Northern Sudanese and the non-Muslim (Christian), non-Arab southern Sudanese. 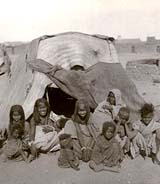 The first civil war ended in 1972, but broke out again in 1983. The second war and famine-related effects resulted in more than 4 million people displaced and, according to rebel estimates, more than 2 million deaths over a period of two decades. Peace talks gained momentum in 2002-04 with the signing of several accords; a final Naivasha peace treaty of January 2005 granted the southern rebels autonomy for six years, after which a referendum for independence is scheduled to be held.

In 2007, the Sudan People's Liberation Movement withdrew from the government due to the slow implementation of the 2005 peace agreement.

Since the signing of the Peace Agreement in 2005, several struggles have taken place between the Janjaweed militia and rebel groups. Death tolls have been estimated between 200,000 and 400,000 with over 2.5 million people being displaced.

In May of 2006, the Sudanese Government and the largest rebel group, the Sudanese Liberation movement came to an agreement. It specified the disarmament of the Janjawid and disbandment of rebel forces.  One group only signed the agreement. Widespread violence has continued and fighting along the Chad border has left hundreds of soldiers and rebel forces dead and has cut air to approximately a quarter of a million refugees. 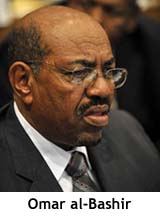 In July 2008, ten criminal charges were leveled against President Omar al-Bashir, in which he was accused of sponsoring war crimes and crimes against humanity. Despite the charges against him, al-Bashir was a candidate in the 2010 Sudanese presidential election, and ultimately declared the winner.

Sudan is one of the fastest growing economies in the world. Oil is currently the main export and production is increasing. Agriculture production is the most important sector for the economy, employing 80% of the workforce.

The Worst Countries To Start A Business