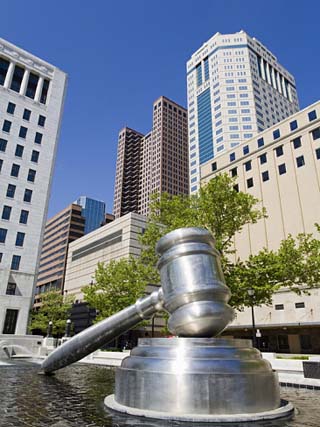 Gavel sculpture at the judicial center in Columbus...
by Richard Cummins
Buy This at Allposters.com