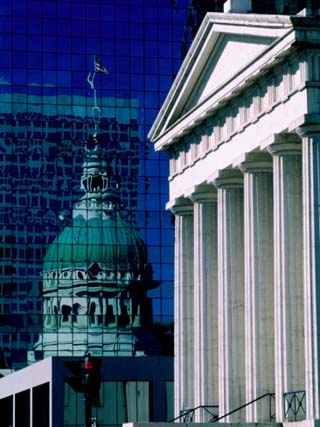 Old courthouse and historic dome in St. Louis...
by John Elk III
Buy This at Allposters.com