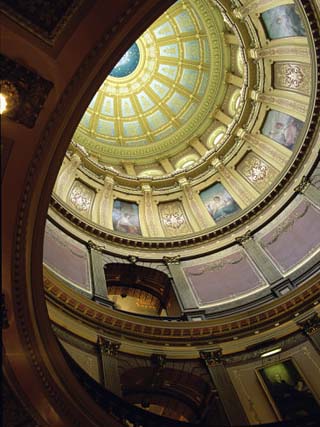 Dome inside the state capitol building...
Buy This at Allposters.com