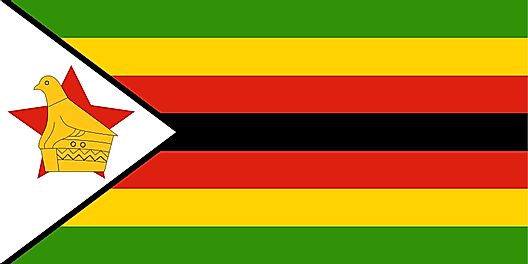 Situated within the tropics of southern Africa, Zimbabwe straddles a high inland plateau that drops northwards to the Zambezi valley.


The Inyanga and Udizi Mountains stretch along Zimbabwe's eastern border with Mozambique, and the country's highest and lowest point are both found there.

The Mafungabusa plateau (or Veld) covers the majority of land, central and east; the average elevation here is near 4,500 ft. (1,371 m) The Matobo Hills and Chizarira Hills anchor that plateau, north and south.

Major bodies of water include Lake Kariba and Victoria Falls both on the western border with Zambia.

Important river systems of Zimbabwe include the Zambezi, Limpopo, Runde and Save and their numerous tributaries.

Additional landforms include escarpments (steep slopes) along the Zambezi River and deep river valleys within the central plateau. In addition, savanna grasslands cover the southern reaches, while evergreen forests are common central and east, especially in the mountain areas.