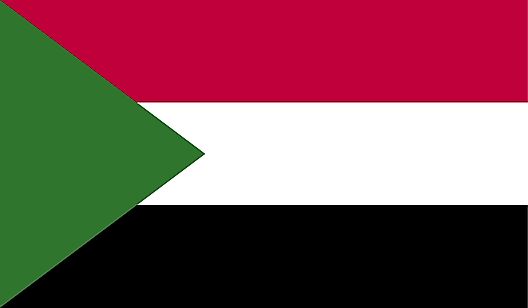 The Deriba Caldera (Deriba Crater) is located in Darfur, and became the highest point of Sudan after South Sudan achieved independence from the country. The crater measures between 3-4 miles (5-8 km) in diameter from the outer edges, and is filled with water.

Significant rivers of Sudan include the White Nile and Blue Nile, which join together in Khartoum to form the River Nile, that runs straight through Egypt and drains into the Mediterranean Sea.

The Dinder and Rahad Rivers are tributaries of the Blue Nile - whose course winds through Sudan at a length of nearly 497 miles (800 km). Within the country, the White Nile contains no significant tributaries.

The lowest point of the country is the Red Sea (0 m).