Poland is a country found in central Europe bordered by Germany, Ukraine, Belarus, Russia, and Lithuania. With a total population of around 38 million, just over half of whom live in urbanized areas. There are 16 cities in Poland that have a population of more than 200,000. In this article, we will examine the unique attributes belonging to ten of the largest cities in Poland in terms of population. 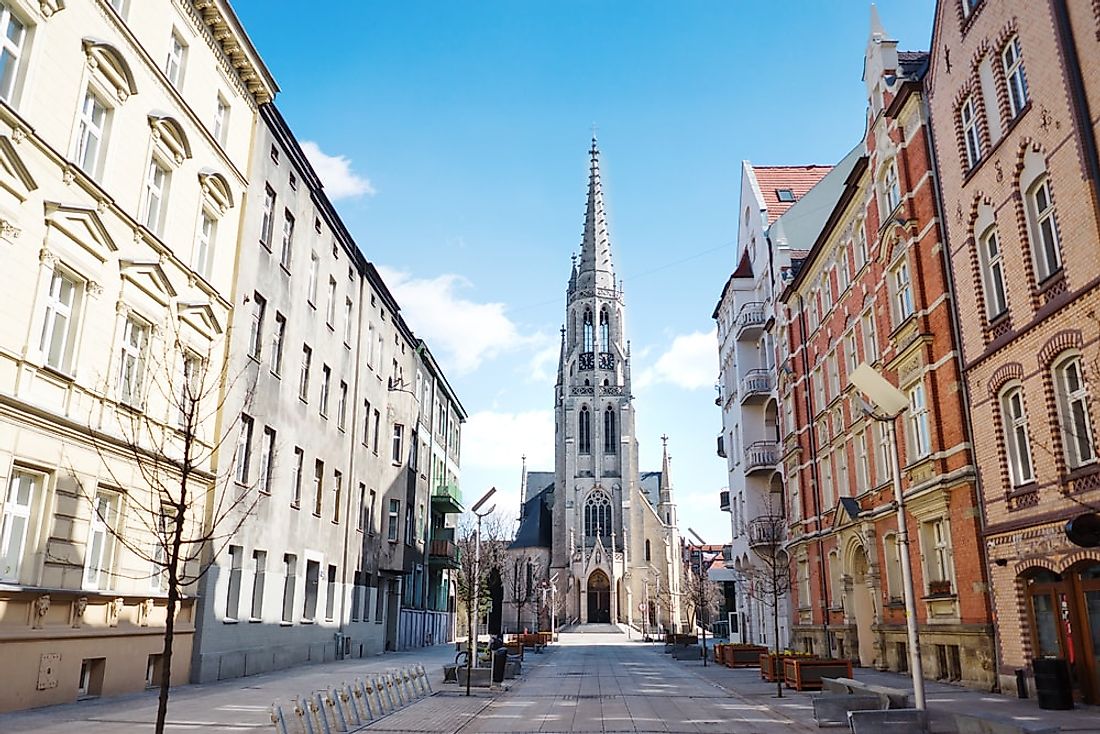 Katowice is a city in southwestern Poland. Although its greater metropolitan area, known as the Silesian Metropolis, has a population of around 2.2 million, the population of Katowice itself is just under 300,000. Nonetheless, the city is well-known for science, culture, and other industries, particularly chemical industries. It experiences a temperate-continental climate with a mean annual temperature of 8.2° Celsius (29° Fahrenheit). Katowice is known as a UNESCO City of Music, an honour it shares with other cities like Kingston, Jamaica and Glasgow, Scotland.

Lublin is the ninth largest city in Poland with a population of 340,466. It is found close to the border with Ukraine and Belarus, in the southeast of the country. Lublin experiences a humid continental climate. It is a regional center of information and computer technologies (ICT) as well as vehicle assembly manufacturing. Lublin is also regarded as a regional cultural capital. In 2010, it was nominated as the "European Capital of Culture", partly thanks to the 30 festivals it hosts every year.

Bydgoszcz is located in north-central Poland with a population of 353,938. The city experiences a continental climate. It is known for its financial and insurance services. Bydgoszcz is Poland’s capital of cultural music, and is home to the famous Pomeranian Philharmonic concert hall. Bydgoszcz is served by a reliable transport system, and finds itself at one of the largest railway crossroads in the country. 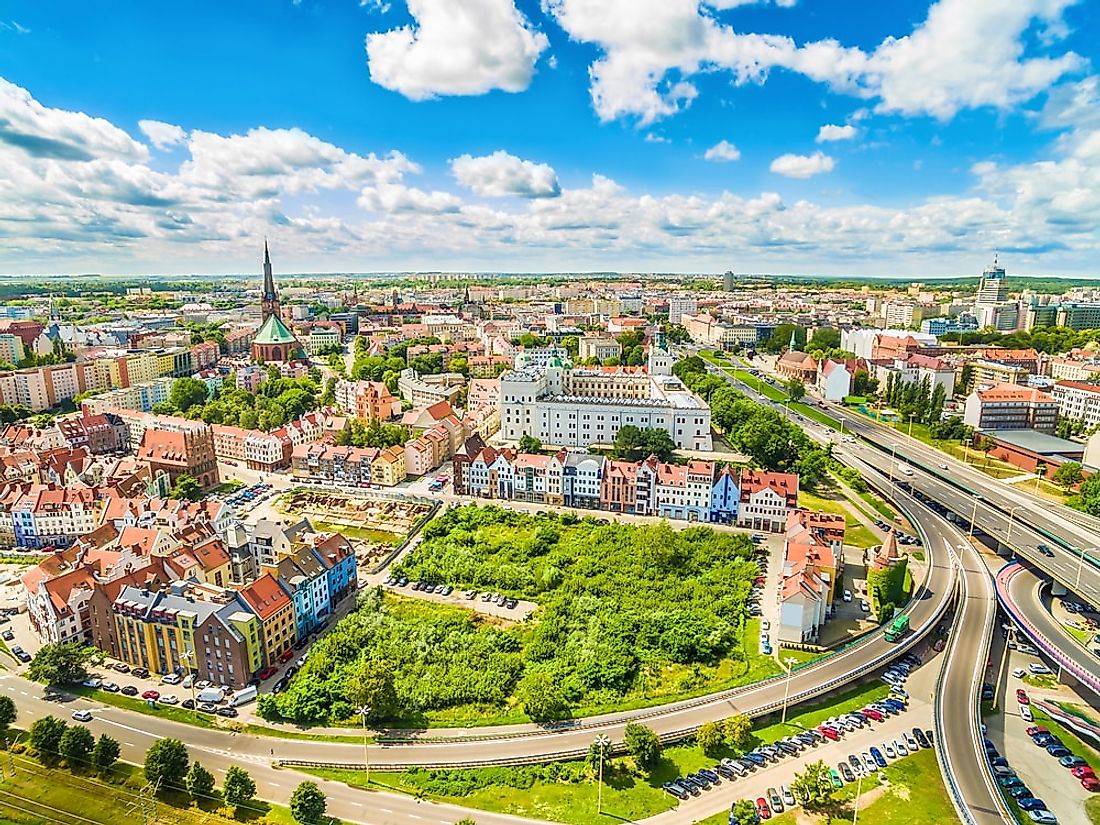 Szczecin is Poland’s seventh largest city with a metro population of 404,878. It is found in the north of the country near the German border. The city is located on the shore of Baltic Sea and is a very important port for the country, as well as Europe as a whole. Szczecin experiences an oceanic climate. It is known for its unique architectural style, as well as for its local cuisine which includes pasztecik szczecińsk, a deep fried dough filled with meat or vegetables.

Gdańsk is a city located on the shores of the Baltic Sea with a metro population of around 463,754. It experiences an oceanic climate with a mean annual temperature of 8.7° Celsius (48° Fahrenheit). The main economic activities in the city are shipbuilding, petrochemical, and food processing. It is the largest region within Pomerania. It has been a city in some form since the year 980. 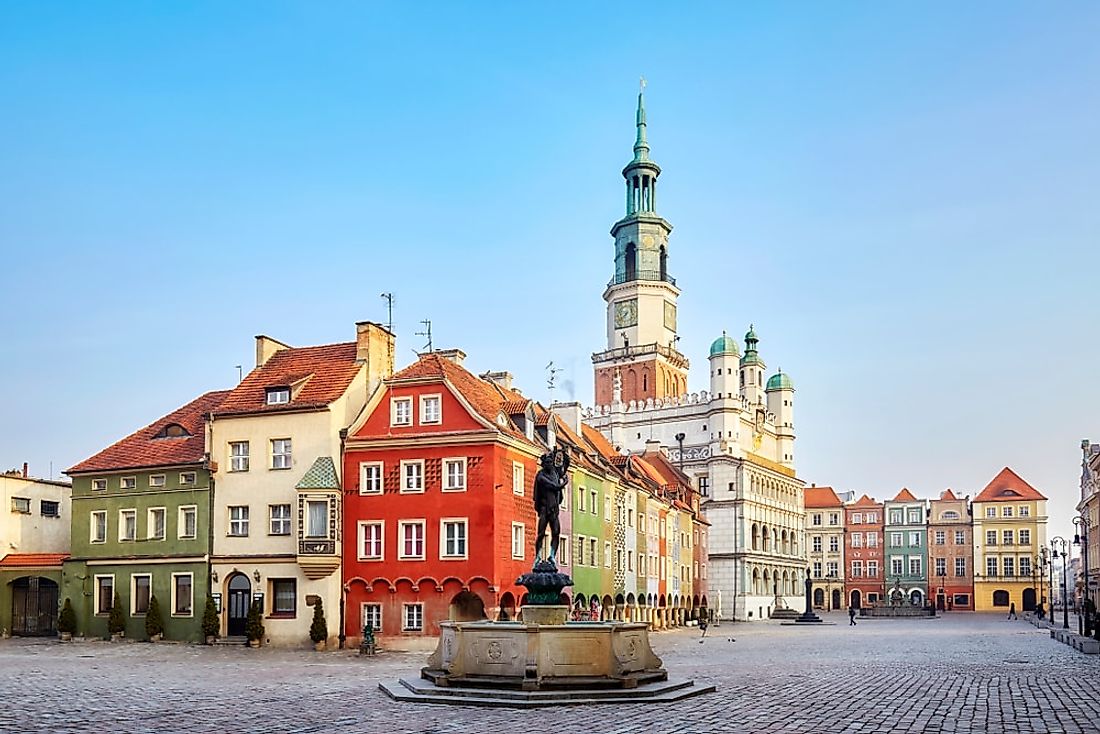 Poznań is located in central-west Poland and hosts a population of 540,372, making it the fifth largest city in Poland by population. Poznań experiences a transition of humid continental and oceanic climate. Poznań is a cultural city, well-known for its renaissance buildings. The city also boasts one of the best transport systems in the country.

Wrocław is located in western Poland and has a population of around 637,683. It is classified as a "global city", with some of the best living conditions in Poland. It experiences a humid continental climate with a mean annual temperature of approximately 9.8° Celsius (51° Fahrenheit). It is home to many manufacturing and technological companies. The population growth rate is around 10% per decade. 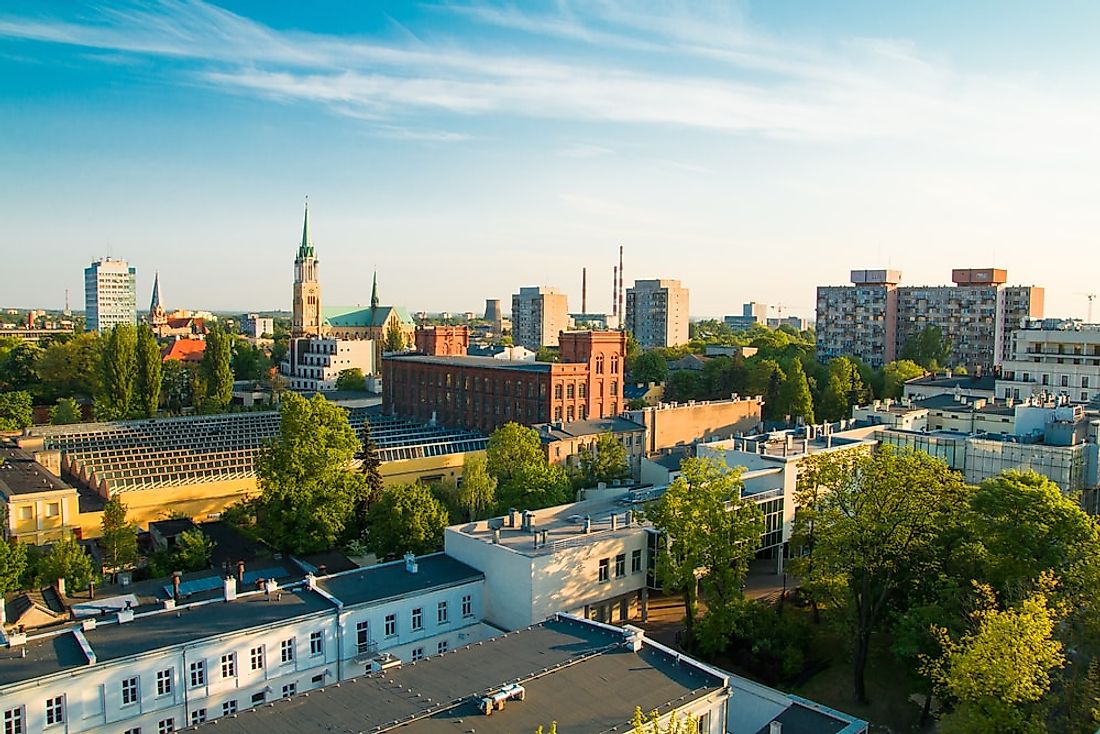 Łódź is the third largest city in Poland with 696,503 residents. It experiences a humid continental climate with an annual mean climate of 8.7° Celsius (48° Fahrenheit). In the recent past, the city was more focused on the production of textiles, though it is currently more well known for its technological industries. Łódź has traditionally been known as an industrial center of Poland.

Kraków is the second largest city in Poland. Around 765,320 people are found in its borders. Krakow experiences an oceanic climate with a mean annual temperature of 8.7° Celsius (48° Fahrenheit). In 2000, it was named the official European center of culture by the European Union. The city has an ancient history and today enjoys a status of the second most important cities in all of Poland. 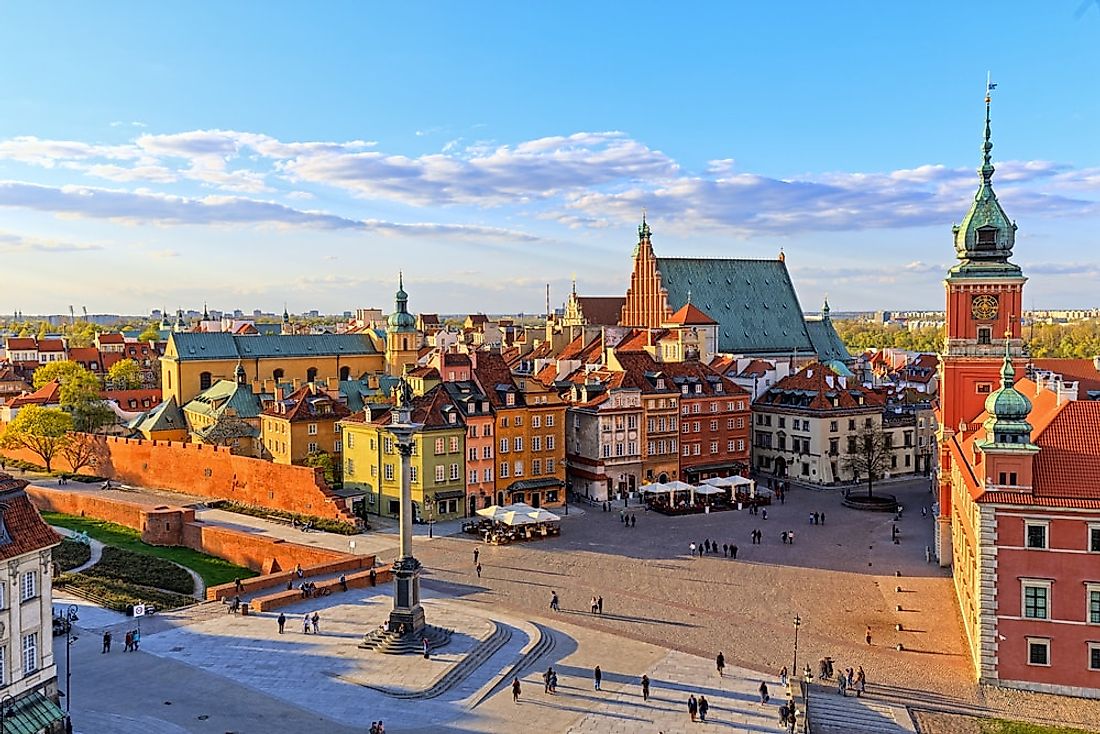 Warsaw is the largest and the capital city of Poland. It is located in east-central Poland and has a population of 1,753,977. It is Poland’s leading tourist attraction and is home to thousands of multinationals. Warsaw experiences a humid continental with a mean annual temperature of 8.5° Celsius (47.3° Fahrenheit). Parade Square in Warsaw is known for being one of the biggest city squares in the world.

What are the Biggest Cities in Poland?

Poland's national capital city of Warsaw has more than 3 million metro residents, which amounts to around 8% of the nation's population.

The Biggest Cities In Poland

This page was last updated on July 11, 2018.
By Kenneth Kimutai too