Geography isn't fair: In New York City there are 10,725 people sharing each square kilometer; in Singapore, density is over 7,300; in Hong Kong, nearly 6,400; these places can feel as cramped as an endless subway ride. However, there are also regions like Western Sahara, where the crowd thins out to a soothing - if not lonely - 2.2 persons in the same space. So where in the world can you go if you want to get away from everyone? Pack your binoculars for these next ten destinations - you'll need them to spot the nearest human. 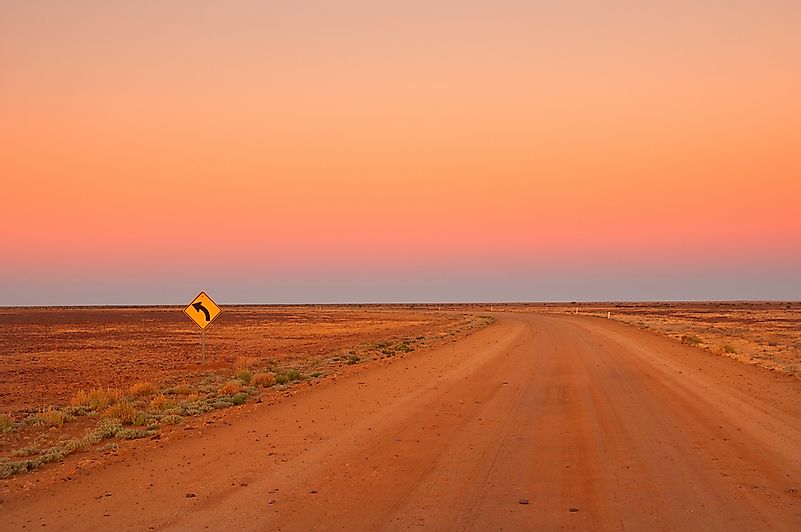 The travel destination that is on the tip of everyone's tongue also has one of the world's smallest person-per-km ratios: there are roughly 23,766,500 Aussies spread over the 7.69 million square kilometres of island, equaling a density of 3.09. However, the number is just as misleading as the statistics for other occupants of the list - most Australians live on cities that hug the coast, leading to a roughly sketched ring that circles a vast expanse - the Australian Outback - largely deserted, more of a travel destination than inhabitable landmass. The deserted Outback makes the continent the world's driest, flattest, most arid and least hospitable to organic growth, in spite of the rain forests and mountain ranges that occupy other areas of the country.

Neighbouring Suriname to the West, French Guiana sits on the North-Eastern coast of South America and comes in 9th with a population density of 2.8 people per square km. Although it is technically part of France and the European Union (French Guiana's currency is the Euro), it is largely detached and independent from its densely populated colonizer. Half of the population lives in Cayenne, a city in the North of the nation on the Atlantic coast. Tropical and ancient forests, mangroves, savannas and wetlands make up most of the uninhabited landmass, making it impressively biodiverse and - thankfully - well protected by natural reserves. 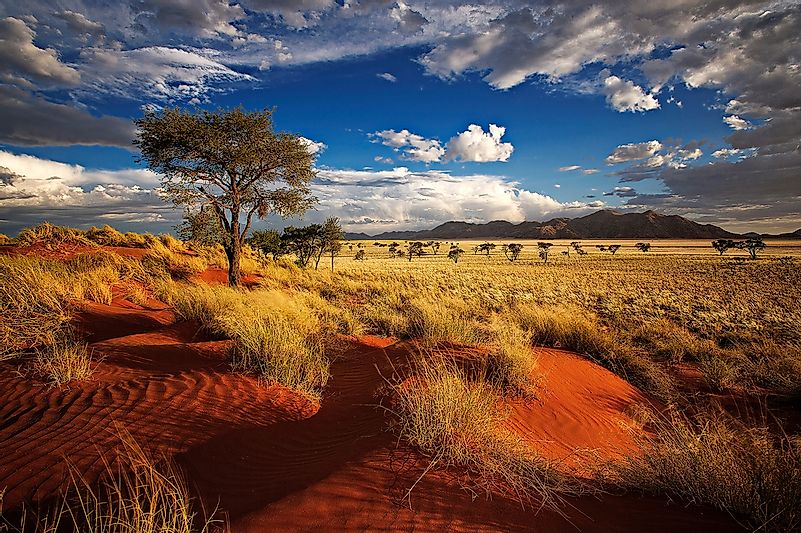 Although only slightly less populated than French Guiana, Namibia's uninhabited areas differ greatly from its South American counterpart with the Namib Desert's arid, dry soil taking up a large part of the country. The Southwestern African country sits on the Atlantic Ocean and borders similarly-sparsely populated Botswana to the East. The last census puts its population density at 2.6 people per square km. In spite of its mostly desert and dune-like geography, the country itself is temperate, as it is fairly elevated. Warmbad to the south is the only place where the country's temperatures match its landscape. Droughts in the country are common, though not as common as countries further north in the Sub Saharan region

Western Sahara is a disputed territory located in the Maghreb. It is one of the world's least densely populated places, mostly due to the fact that most of its terrain is an inhospitable desert. With a staggering land area of 266,000 square kilometers, the territory has a population of around half a million. This equals a population density of around 2.2 people for every square kilometer. 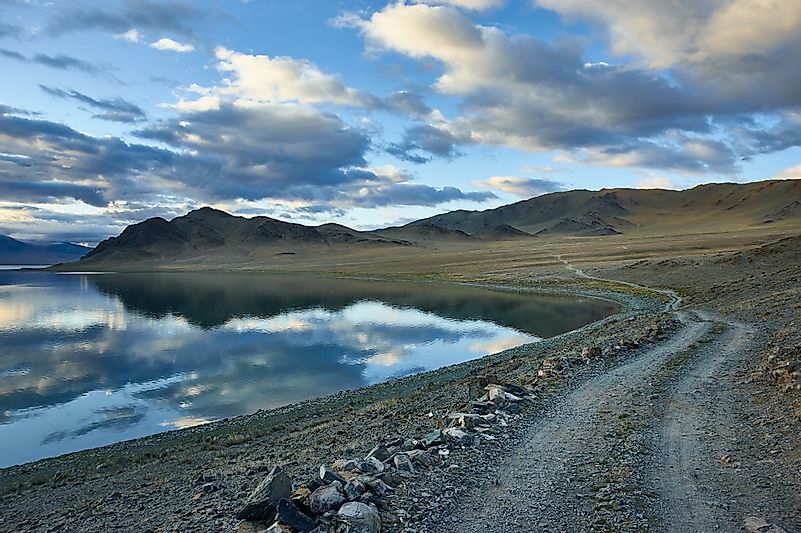 The country that is known primarily for Genghis Khan and impressive breeds of horses is also one of the world's least-densely populated: a mere 1.92 people occupy each square kilometer of this enormous landmass. The difficulty in occupying much of the land, coupled with the fact that it is bordered by both Russia and China go a long way in justifying its low population density, however, a quickly-growing population could change this nation's ranking in coming years. Winter in Mongolia is subject to winds coming in from Siberia, making Ulaanbaatar, with an average temperature of -1.3 degrees Celsius, the world's coldest capital. 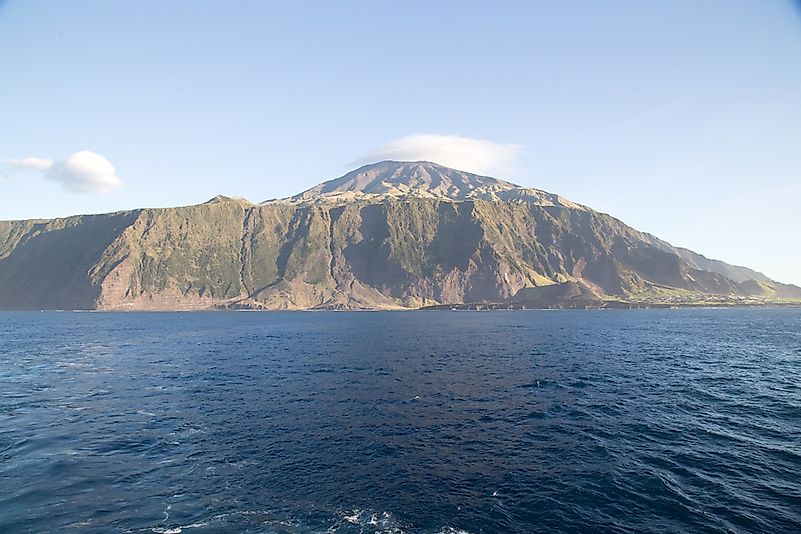 A chain of volcanic islands in the South Atlantic, Tristan da Cunha has the designation of being the most remote inhabited archipelago in the world. It is located roughly between South America and Africa, the island is home to only around 262 people, all of whom live on the main island. Although the island is only around 200 squared kilometers, Tristan da Cunha is still one the world's least densely populated places. 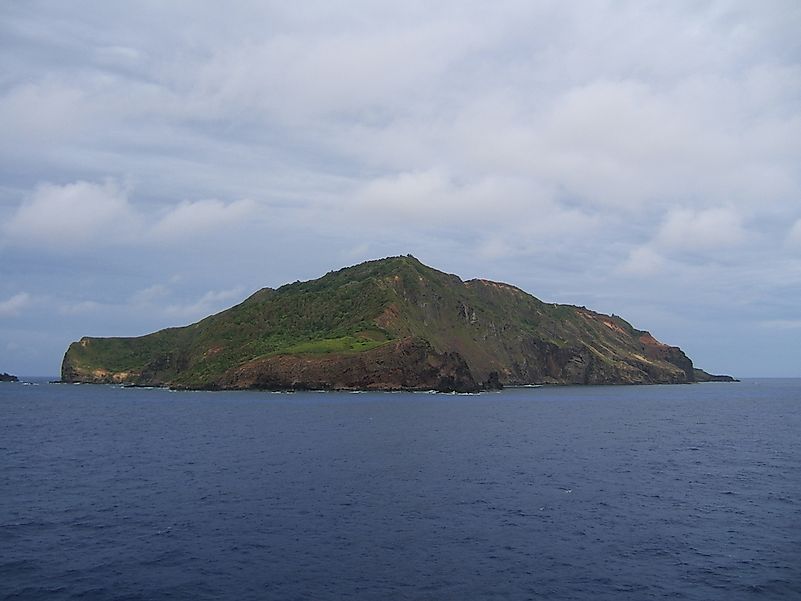 The Pitcairn Islands, one of the world's most remote inhabited locations, are found in the far South Pacific. Made up of four volcanic islands belonging to the United Kingdom, only one of the four islands, Pitcairn, is inhabited, with a population of 56 and a density of 1.19 people per square kilometer. Indeed, the 56 people descend from four original colonizing families. Much of the Pitcairn islands are inaccessible, or difficult to access, due to high limestone cliffs covered in sharp coral that form a barrier to the more inhabitable interior. Pitcairn itself is quite fertile and friendly to human habitation. Part of its low population stems from its remote nature, and the fact that it currently has no landing strip for airplanes, though yachts and cruise ships are welcome in its harbor. 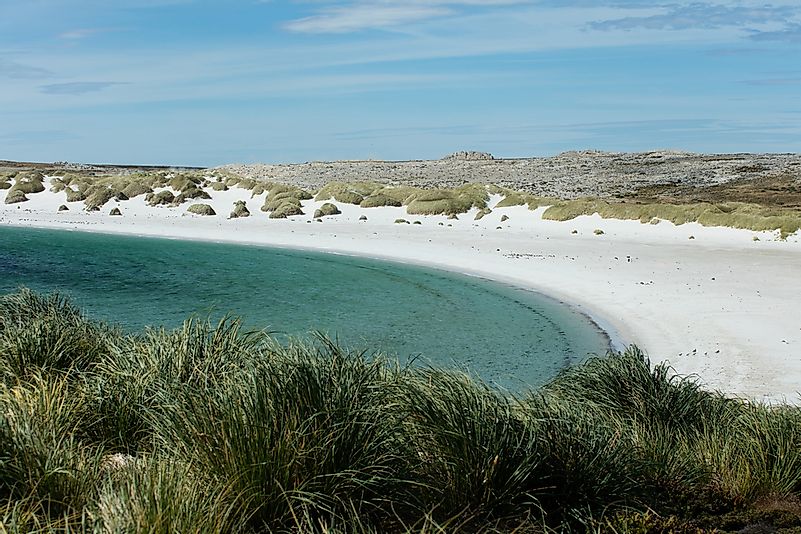 With a population of 0.21 people per square kilometer, the Falkland Islands, another territory under UK jurisdiction, is the third least densely populated territory on Earth. The Falkland Islands is technically an archipelago comprised of 778 islands, with a total population of 2,932 inhabitants. The two main islands, West & East Falkland, are untouched breeding grounds for a variety of birds. The islands themselves are hilly and mountainous, with a cold, windy, and humid clime. Although the tiny population produces a very low GDP, its GDP per capita is quite high and the islands rank well on the human development index 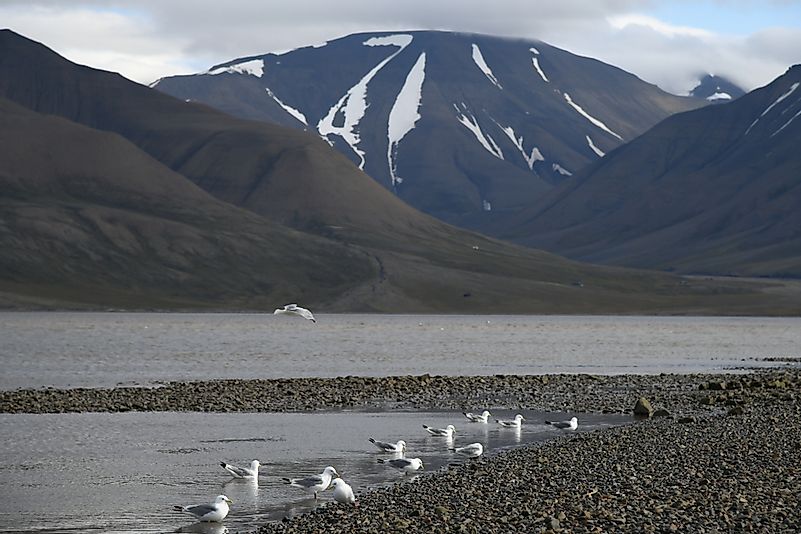 Svalbard and Jan Mayen are both islands found in the north of Norway. Remote and bitterly cold, they are two of the world's least densely populated places. With Svalbard has a land are of over 60,000 kilometers squared, it has a population of only 2,667. Jan Mayen is much smaller, with a land area of around 377 squared kilometers. However, it does not have a population at all. 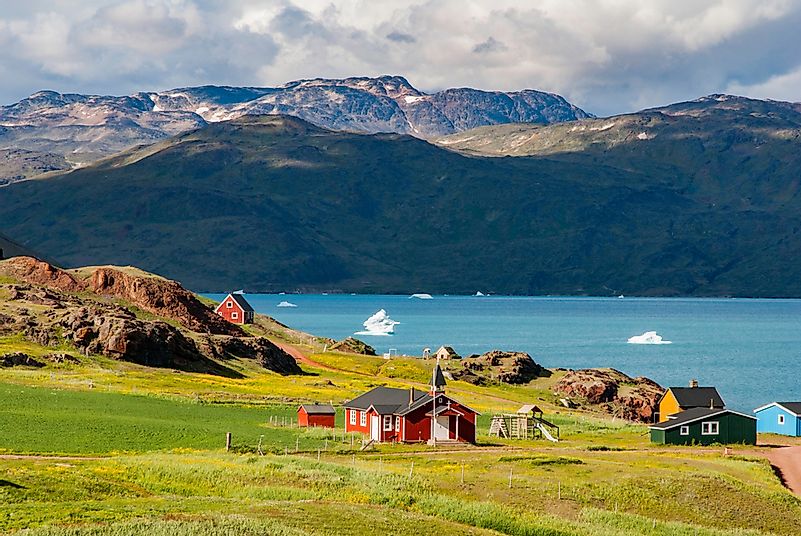 The world's least-densely populated territory is Greenland, with a rate of 0.03 people per square kilometer. The country belongs to the Kingdom of Denmark and has been inhabited for over 4500 years. Most of Greenland is covered in ice, with the population residing mainly along the west coast, where lack of glacial cover has given way to rocky coast. If Greenland's ice were to melt, sea levels around the world would rise by 7m - a telling statistic for the geography and inhabitation of the three islands. With a population of roughly 56,000, Greenland is the number-one recommended spot if you want to feel like you've left all of humanity behind.

What is the Least Densely Populated Place in the World?

Greenland is the least densely populated place in the world, with only 0.03 people per square kilometer. Also on the list of the world's most remote places are Svalbard and Jan Mayen, the Falkland Islands, Tristan da Cunha, and Mongolia.

The 30 Least Densely Populated Places in the World