Svalbard is an archipelago positioned in the Arctic Ocean to the north of mainland Europe, about midway between Norway and the North Pole.

The archipelago is the northernmost part of the Kingdom of Norway. Total population is just over 2,200, with most people living in Longyearbyen on the rugged island of Spitsbergen.

Spitsbergen itself covers approximately 39,044 sq km (15,075 sq miles), and the name Spitsbergen was also formerly applied to the entire archipelago of Svalbard and occasionally still is.

The Svalbard archipelago lies completely within the Arctic Circle, and the Sun is above the horizon for 24 hours a day from late April to late August. 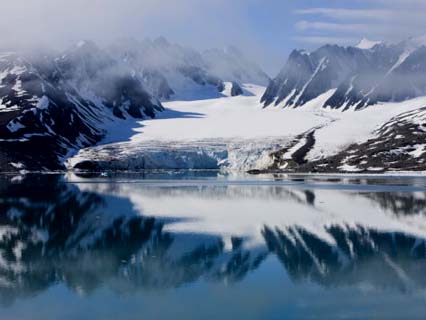 The rugged, arctic landscape of Svalbard...
by Thorsten Milse
Buy This at Allposters.com