Burlington sits on the eastern shore of Lake Champlain (a vast lake that runs along the Vermont/New York border). Burlington often experiences sudden and heavy snowfall and extremely cold temperatures in the winter.

Burlington is often considered a "hip" city that fuses the cultures of Canada to the north and Boston to the south. The downtown area is known for its artsy boutiques, trendy restaurants, eclectic shops and quirky street performers.

The popular ski resort town of Stowe and Smuggler's Notch Recreation Area are just a short drive directly east for a great day trip, or take a maple syrup tour and experience Vermont's most famous export.

Hikers, bikers, boaters and skiers will find everything for an outdoor Vermont vacation nearby. Burlington offers gorgeous views of the Green Mountains over the crystal clear Lake Champlain, with the Winooski River winding through it all.

The brewery carries the mystique of blending alchemy with modern day science to create the best tasting beer on the planet. Keep your eyes open to spot some of the magical (and slightly weird) trademarks of the company while on the tour.

In addition to hosting all of the "big acts," the Flynn has a gallery with rotating exhibits featuring local Vermont artists.

Special events and festivals are held in the marketplace throughout the year, including sidewalk sales, holiday festivals and farmers' markets. Surround this with the natural beauty of Vermont, and you've got a picture perfect memory to take home. 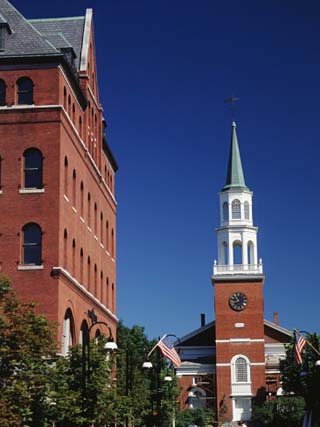 Church Street Marketplace...
by Walter Bibikow
Buy This at Allposters.com 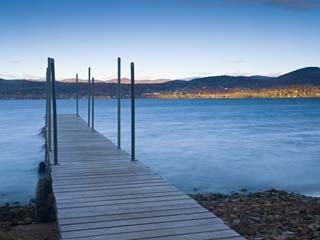 Lake Champlain...
by Alan Copson
Buy This at Allposters.com