Spreading for several miles along the shores of Lake Erie, Cleveland is a very significant city located in the midwestern state of Ohio.

Cleveland ranks faily high as one of the livable cities in the US. The city offers many cultural, educational and recreational opportunities. It's home to the internationally famous Rock and Roll Hall of Fame, the world-renowned Cleveland Museum of Art and many other first-class attractions. In short, Cleveland is a cultural opportunity for any Ohio vacation.

The Bass Islands, located west of Cleveland, are one of the most popular attractions in Ohio. This series of islands in the southwestern corner of Lake Erie includes Kelley's Island, the largest island in America's Great Lakes. Fishing, boating and camping are popular pastimes in the islands, and there's a number of excellent charters and providers in the area.

This All American city is the hometown of many famous Ohio natives, including musical artist Tracy Chapman, actor Drew Carey and Emmy Award winner Phil Donahue. Sports fans have plenty to cheer about with baseball's Cleveland Indians and the Cleveland Browns football franchises, both packing stadiums every week during their seasons. 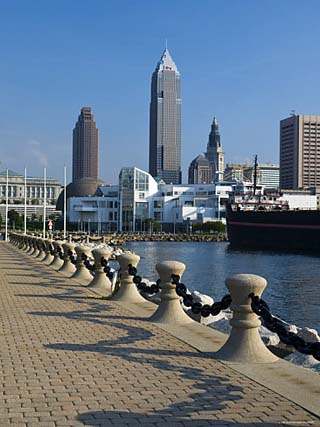 Cleveland skyline...
by Alan Copson
Buy This at Allposters.com 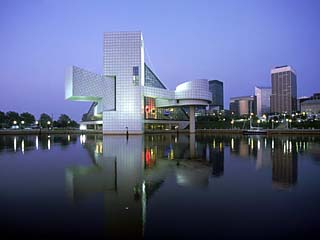 Rock and Roll Hall of Fame at Dusk...
by Mark Gibson
Buy This at Allposters.com