From the Lake Michigan shoreline, inland for 8-10 miles, the land is g

From the Chicago suburbs, moving west toward the Iowa border, the land gradually rises into a hilly area in the far-northwest. The state's highest point, Charles Mound, at 1,235 ft., is located there.

The southern two-thirds of the state is rolling farmland, commonly called America's Corn Belt. This wide and fertile swath of land (hilly is some areas) stretches into the states of Iowa, Indiana and Missouri.

The Shawnee Hills region (a narrow strip of land) extends across the southern part of Illinois from Elizabethtown to the Missouri border. About 40 miles wide and 70 miles long, this hilly woodland rises to nearly 1,000 feet.

The state's most important river - the Mississippi - forms it's entire western border. Other rivers of note include the Illinois, Kaskaskia, Ohio and Wabash.

Major lakes, in addition to Lake Michigan, include the Carlyle, Rend, Shelbyville and Upper Peoria.

A closer look at the topography of Illinois is on this topographic map! 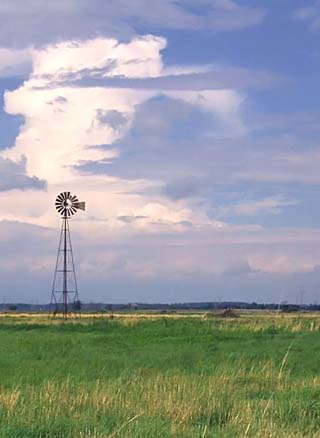