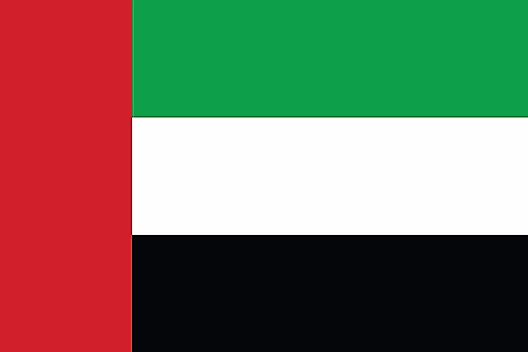 Formerly known as the Trucial States, the United Arab Emirates are a federation of seven individual states, all ruled by emirs.

Founded between the 7th and 8th centuries, the Trucial States granted the United Kingdom control of their defense and foreign affairs in treaties signed in the 19th century.

With British protection, acts of piracy declined allowing the pearl industry to thrive and generate income and employment to citizens along the Persian Gulf.

The pearl industry collapsed following the Second World War pushing the country into a difficult period economically, until the 1960's when the first cargo of crude oil was shipped from Abu Dhabi.

In 1971, the six states of Abu Zaby, 'Ajman, Al Fujayrah, Ash Shariqah, Dubayy, and Umm al Qaywayn merged to form the United Arab Emirates (UAE). They were then joined in 1972 by Ra's al Khaymah.

After the September 11, 2001 terrorist attacks on the U.S., the United Arab Emirates supported military operations in the Global War on Terrorism, and tightened financial policies within their country; including freezing accounts connected to suspected terrorists.

The Arab Spring protests, a pro-democratic uprising, took over much of the Middle East beginning in 2011, and continues still to this day.

The U.A.E. experienced little in the way of protests; however five activists were arrested on charges of insulting the President, Vice President, and Crown Price, and endangering national security. They were convicted and sentenced to three years in prison, but exonerated the next day by President Khalifa.

With a significant GDP, based primarily on oil, the U.A.E. plays an important role in the affairs of the Middle East.

Located in the continent of Asia, the population of U.A.E is 5,473,972 and gained its independence in the year 1971. As a rapidly growing tourist destination, the U.A.E. offers travelers beautiful beaches, deserts and oasis tours. Abu Dhabi, the country's capital, as well as Dubai, are modern cities famed for their high-rise buildings and stylish hotels.