Initially, the United Arab Emirates (UAE) was referred to as the Trucial States before it was renamed in 1971. The Trucial States were initially made up of six states: Dubai, Sharjah, Al Fujayrah, Quwayn, Abu Dhabi, and Ajman. After these states gained their independence from the British in 1971, they formed an alliance and rebranded to be known as the United Arab Emirates.

Ras al-Khaimah had initially refused the treaty. However, in 1972, it entered the federation. After joining forces, the UAE has grown to become a significant economic center in the Middle East. This country is a major exporter of oil in the Middle East. This exportation has led to a much-diversified economy making most of the seven emirates such as Dubai to transform into global hubs for retail, finance, and tourism. A Federal Supreme Council governs the UAE. It is made up of representatives from the seven emirates. Annually, each emirate allocates a certain percentage of their revenue to the central budget of the UAE. The seven emirates have developed differently over the last decade as described below. 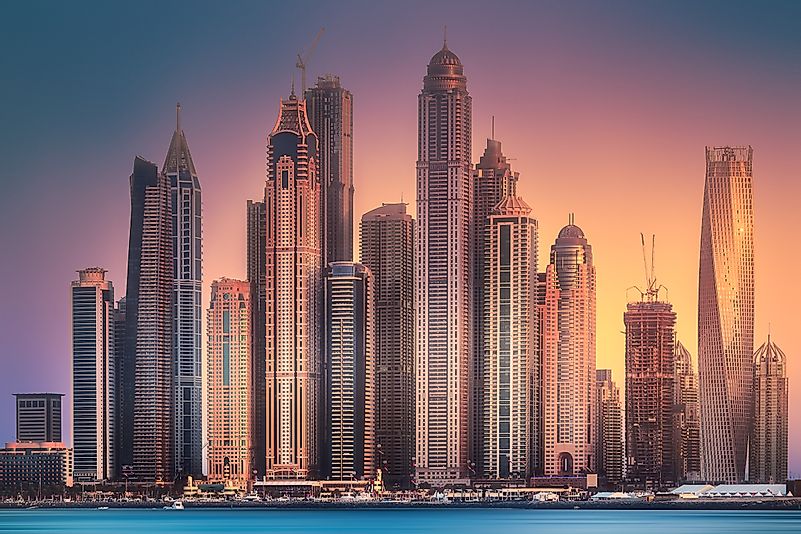 Dubai is the most populous and the largest emirate in the UAE with approximately 2,502,715 people. The emirate has majorly developed due to trade and tourism. Notably, it is the most progressive emirate among the seven emirates. Dubai is classified as an alpha city due to its strong economy. Despite being a desert, the country has managed to utilize its resources and according to the 2015 statistics, it has an annual GDP of 105.6 billion USD. Unlike its neighboring emirates such as Abu Dhabi, the oil reserves of Dubai have been exhausted; oil contributes only 2 % of the total GDP of this emirate. Although it started as a port, Dubai has developed into a luxurious emirate that is home to the world's tallest building. 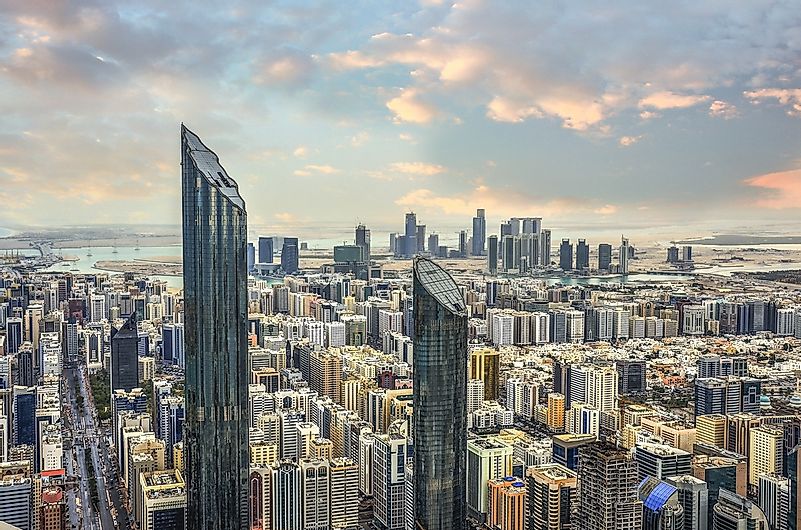 Abu Dhabi is the capital of the UAE. Apart from being the capital city, it is also the second largest emirate in the world with an approximate population of 1.6 million people. Abu Dhabi is classified as one of the wealthiest cities in the world with most of its revenue originating from petroleum products. This emirate accounts for approximately two-thirds of the UAE economy. Unlike Dubai which is more Westernized, Abu Dhabi is more into cultural traditions. Abu Dhabi is also a major tourist attraction state where most people visit for cultural reasons such as to visit the Sheikh Zayed Mosque, have fun on the sandy beaches, visit the Yas Island and the famous Ferrari World Abu Dhabi. 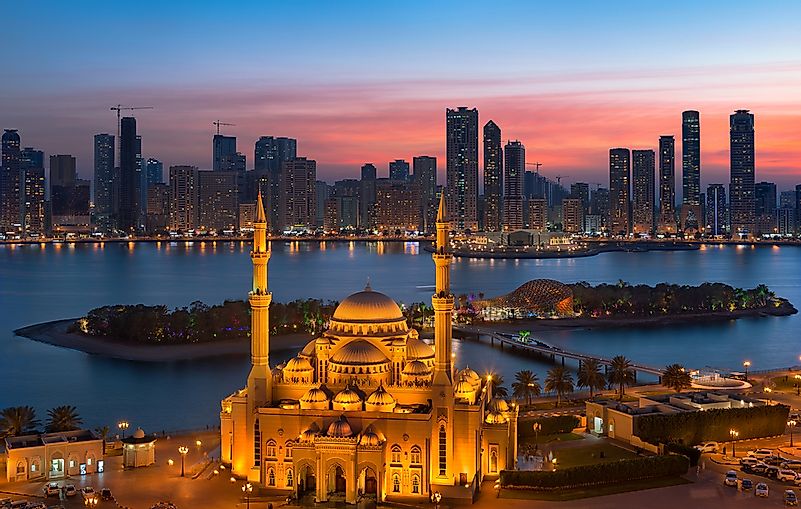 Sharjah is the third most populous city in the UAE with an approximate population of 678,000 people. This city borders Dubai. Most of the people who work in Dubai prefer to live in this city since the cost of living is cheaper as compared to Dubai – however, Dubai offers better-paying jobs. Sharjah has developed both in the economic and tourism sector. Sharjah is classified as a “dry emirate”; this means that drinking or possession of alcohol is forbidden unless one has a personal alcohol license. 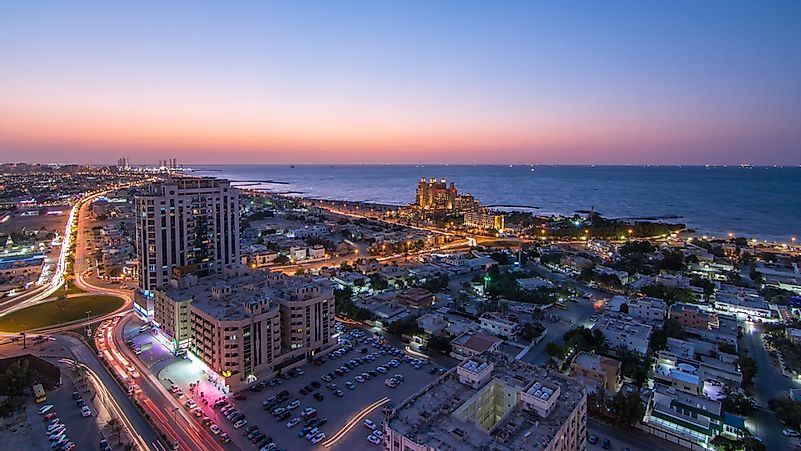 Despite being the smallest emirate, Ajman is the fourth most populous state in the UAE with about 258,000 people. The major tourist attractions in this area include cultural destinations, hotels, and shopping malls. The commercial sector of this state is also well developed. The city hosts the Ruler’s office, several banks, and approximately fifty local and international retail shops. Ajman was founded in 1803 after Sheik Rashid bin Humaid Al Nuami conquered the coastal settlements. 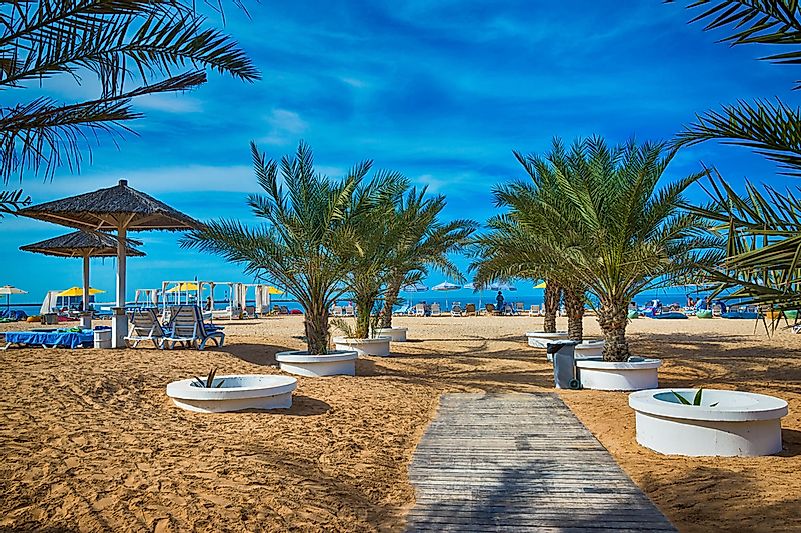 Ras al-Khaimah is situated to the northern part of the UAE, bordering part of Oman’s territory, the Musandam. The population of this emirate is 205,000 people, and the Emirati citizens are the largest group. Ras al-Khaimah does not have any oil, and it has, therefore, focused on advancing its industrial sector. The primary economic areas of Khaimah include real estate, tourism, building materials, service sector, and agriculture. The most recognized types of attraction in this emirate include shopping, nature, parks, water, and amusement parks. The capital city of this emirate is also referred to as Ras al-Khaimah and it is a home to most of the citizens of Ras al-Khaimah emirate. 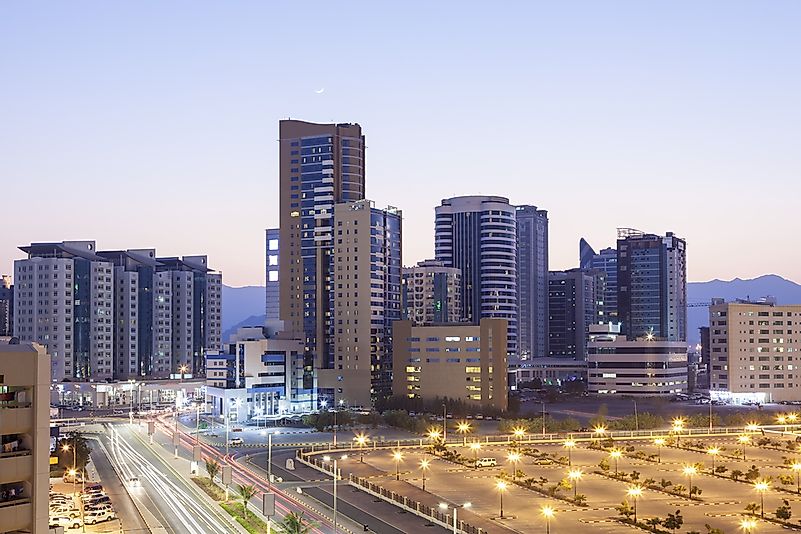 The population of this emirate is estimated to be 127,000 people. The capital is at Fujairah City. The economy of Fujairah is not greatly developed. It depends on government grants that are issued by Abu Dhabi. Most of the residents in this emirate work in the service sector with the government, prohibiting foreigners from owning any business organizations or company more than 49%. 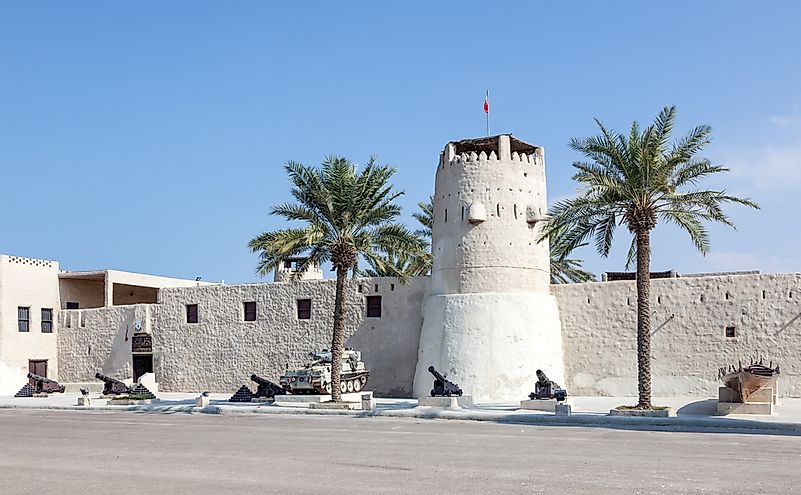 With a total population of 68,000 people, Umm al-Quwain is the least populous state in the UAE. Unlike the other emirates, Quwain has not made any findings of oil products or gas. Therefore, its economy majorly relies on revenue collected from hotels, tourism, and parks.

Future Of The United Arab Emirates

With most of the emirates exporting oil products, the economy of the UAE has developed tremendously over the last decade, and it is now the second largest economy in Arab world after Saudi Arabia. To maintain its economy, the UAE has already laid down future energy plans. By the year 2050, this country aims at producing 44% clean energy, 38% gas, 12% coal, and 6% nuclear energy. An economy is pegged on the production of energy, with stable and clean energy by 2050. The UAE will be one of the most stable economies in the world.

The 7 Emirates of the UAE

This page was last updated on November 5, 2018.
By Vic Lang'at Junior