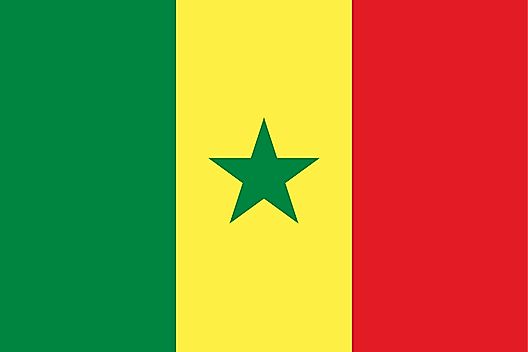 Much of Senegal is covered in rolling, sandy plains courtesy of the western Sahel - a transition zone between the Sahara desert and Sudanian Savannas.

Foothills rise from the Sahel in the southeastern part of the country, and this is where the highest point of Senegal is found: an unnamed elevation southwest of Kedougou at 1,906 ft (581 m). The lowest point of the country is the Atlantic Ocean (0 m).

Major rivers include the Gambia River and Senegal River.

Flowing some 1,110 miles ( 1,790 km), the Senegal makes up the Mauritania border, and merges with the Faleme River on the Mali border.