Any form of worship following the Islamic rules of prayer is regarded as a mosque, whether it is carried out in a special building or an open area. Any open-air or informal place of worship is known as Musalla, and a mosque that is used for communion prayers on Fridays is known as Jami. Typically, mosques have segregated areas for women and men, and over the years, it has assumed different forms depending on denomination, period, and region. The great mosque of Mecca is accorded special significance in the Islam religion because it is the burial place of Prophet Muhammad, while Al-Aqsa mosque which is located in Jerusalem is regarded as the place where Muhammad ascended to Heaven. 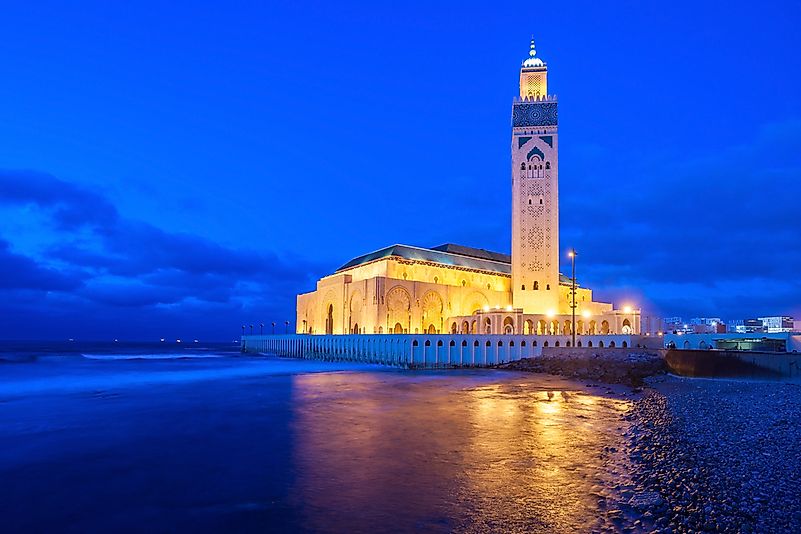 The Hassan II mosque is found in Casablanca, the largest city in Morocco. The mosque is Africa’s largest and one of the biggest mosques in the world. It is currently the tallest mosque in the world with its minaret reaching 689 feet in height. The mosque was built by Bouygues, and the designed by Micheal Pinseau. The construction of the mosque was completed in 1993, and its minaret is as high as a 60 story building. The mosque has a retractable roof and a maximum capacity of 105,000 worshippers, out of which 25,000 could be accommodated inside the mosque hall while the other 80,000 could be accommodated in the outside ground of the mosque. 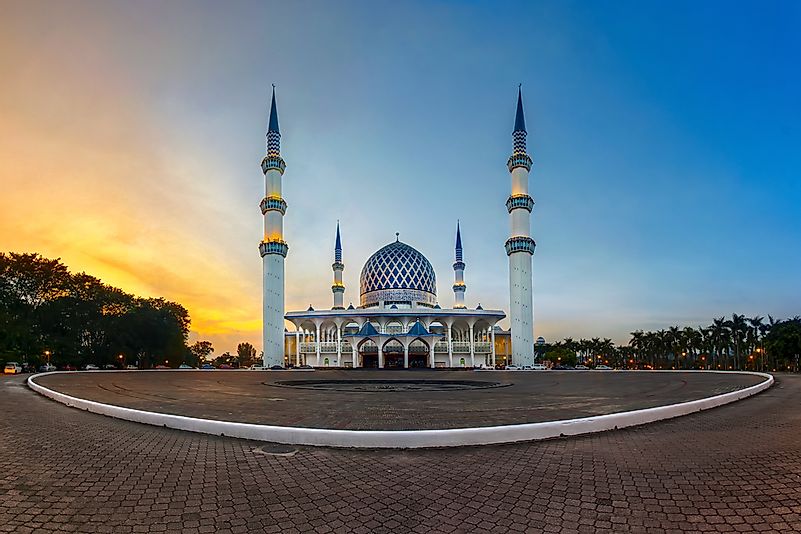 The Blue Mosque or the Sultan Salahuddin Abdul Aziz Shah Mosque is found in the city of Shah Alam in Malaysia, and it is by far the largest mosque in Malaysia and South Asia’s second-largest after Istiqlal Mosque in Indonesian city of Jakarta. The mosque is the world’s second tallest, reaching a height of 460 feet. The former Sultan Abdulaziz commissioned it on February 14th, 1974; the same date he made Sha Alam as the new capital of the state of Selangor. The commencement of its construction was in 1982 and was completed on March 11th, 1988.

The Mosalla mosque or the Grand Mosalla Mosque is found in Tehran, Iran, and it is currently the third tallest mosque in the whole world reaching 446 feet high. The construction of the mosque was completed in 2006. The mosque provides ample space that can accommodate corporate programs and other activities. 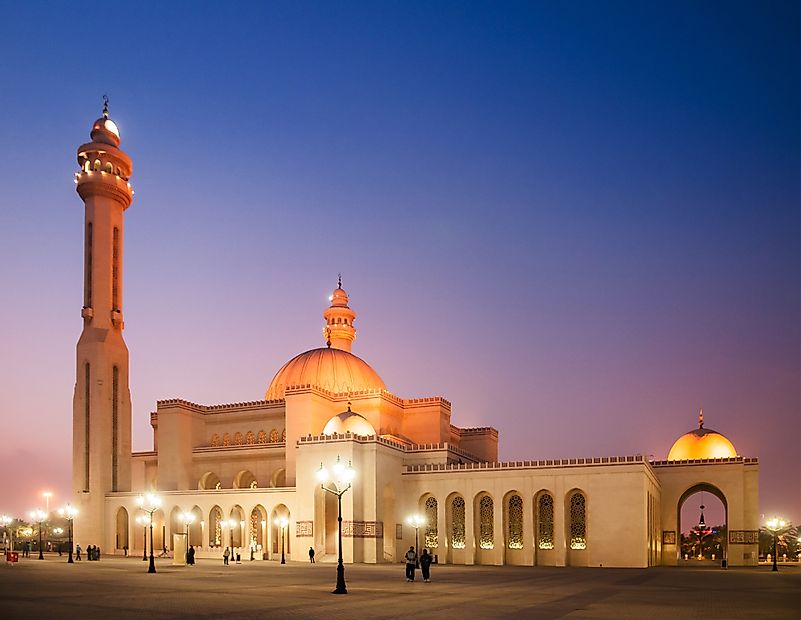 The Al-Fateh Grand Mosque is located in Manama, the capital of Bahrain. It is the world’s fourth-tallest mosque reaching the height of 427 feet and covering an area of 69,965 square feet. The mosque can accommodate an average of 7,000 worshipers, and it was named after Bahrain’s first monarch, Ahmed Al Fateh, who is also the progenitor of Bahrain’s ruling family of Al Khalifa. It was built by Sheik Issa Salman al Khalifa in 1987 and was completed in 1988.

The Putra Mosque is found in the city of Putrajaya in Malaysia, and it is ranked as the world's fifth-tallest mosque. The construction of the mosque was started in 1997 and came to its completion in 1999, having a height of 380 feet above the ground. In front of the mosque is a large square having flagpoles which fly the flag of the State. The mosque has three functional areas consisting of a prayer hall, a courtyard or Sahn, and rooms with different learning facilities. The mosque has a capacity of 15,000 worshippers.

One of the common features in the Islamic mosque is the minaret, which is a soaring tower that is typically located at one of the corners of the mosque building. The topmost point of the minaret is considered the highest point in a Mosque if it has one. In the past, the mosques did not have minarets, and even today, some conservative Muslims such as the Wahhabis do not construct minarets in their mosques. It is believed that the first minaret was constructed in 662 AD in Basra during the Umayyad caliph Muawiyah I.

The 10 Tallest Mosques In The World

This page was last updated on July 22, 2019.
By Benjamin Elisha Sawe