The Kingdom of Morocco is located in North Africa along the Atlantic Ocean and Meditteranean Sea. The country's geography is defined by the Atlas Mountain and the Sahara Desert. Morocco has a long history that dates back to Paleolithic times. At present, Morocco has a large number of cities such as Rabat, Casablanca, Fez, Tangier and many more. Of all these cities, the Atlantic port of Casablanca is the largest of Morocco's cities. Let us have a look at various aspects of the major Moroccan cities. 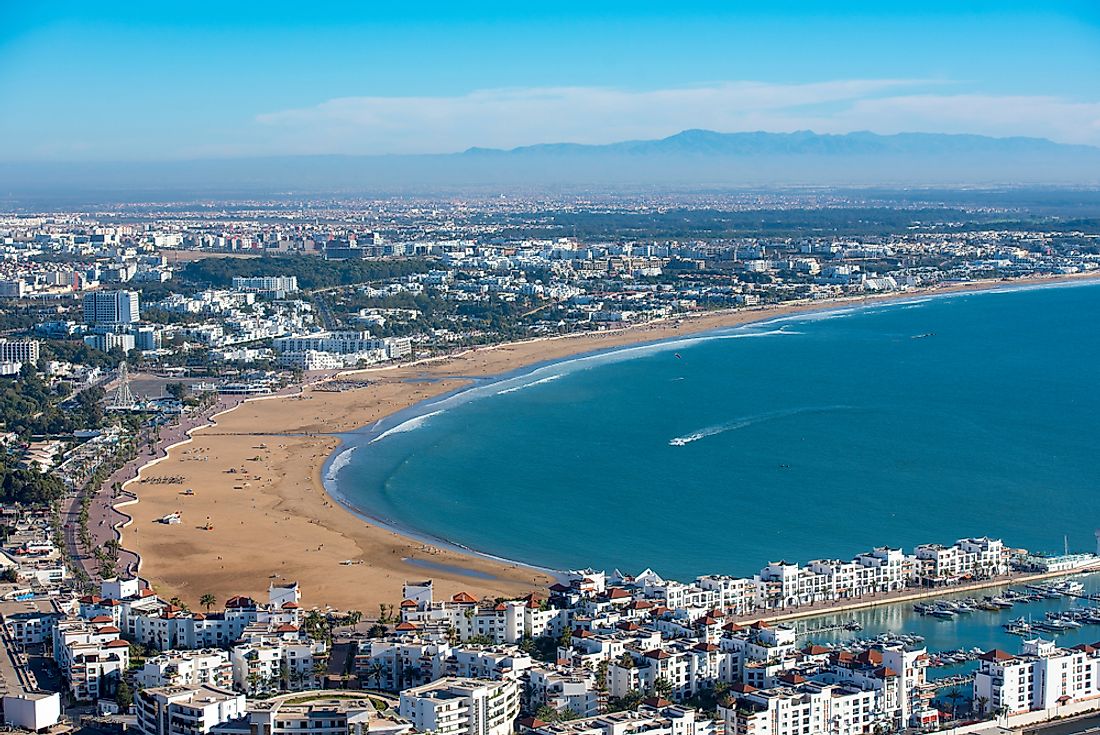 Agadir, Morocco has a population of 421,844. This city, where the majority of the residents are Tashelhit-speakers, was completely rebuilt after a devastating earthquake hit its surroundings in 1960. However, today, thanks to a very favorable climate and the presence of beaches, Agadir is well-known as a vacation destination within North Africa. The city is picturesque thanks to its location in the Anti-Atlas mountains. It is found in the country's mid-southern region. 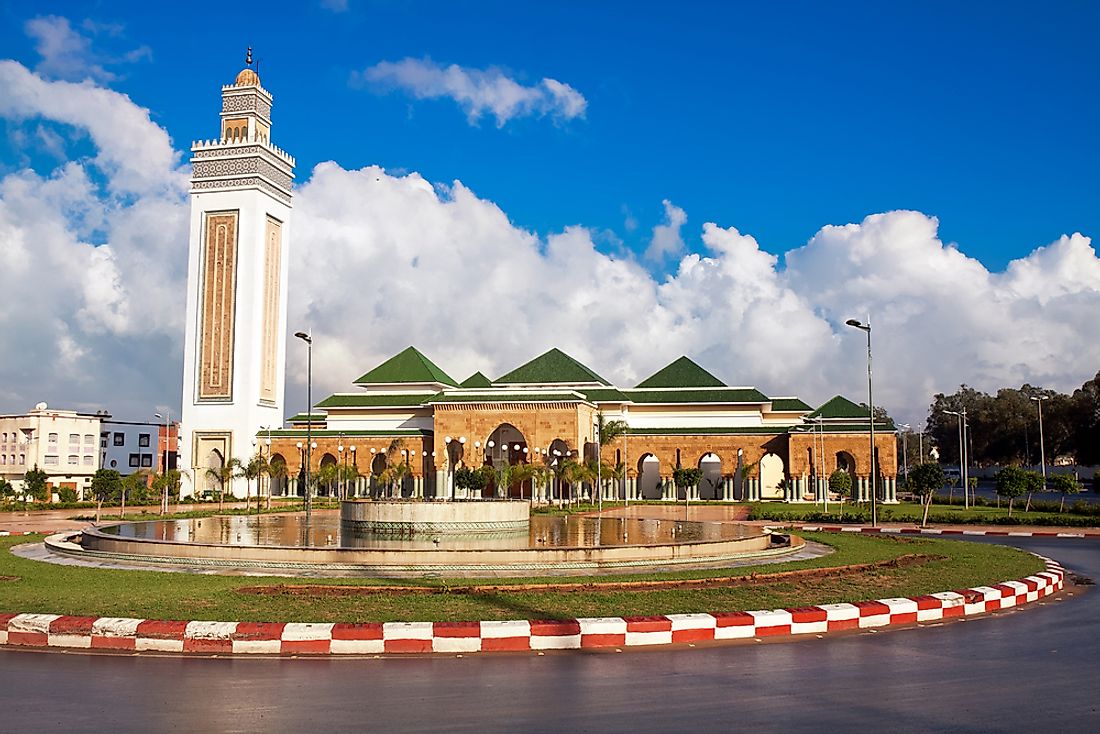 Kenitra is home in Northern Morocco. 431,282 people live in Kenitra, which formerly went by the name of Port Lyautey. Kenitra is considered to be a port city, although its port is on a river. It is the regional capital of Gharb-Chrarda-Beni Hssen and is found only 36 km away from the capital of Morocco, Rabat. 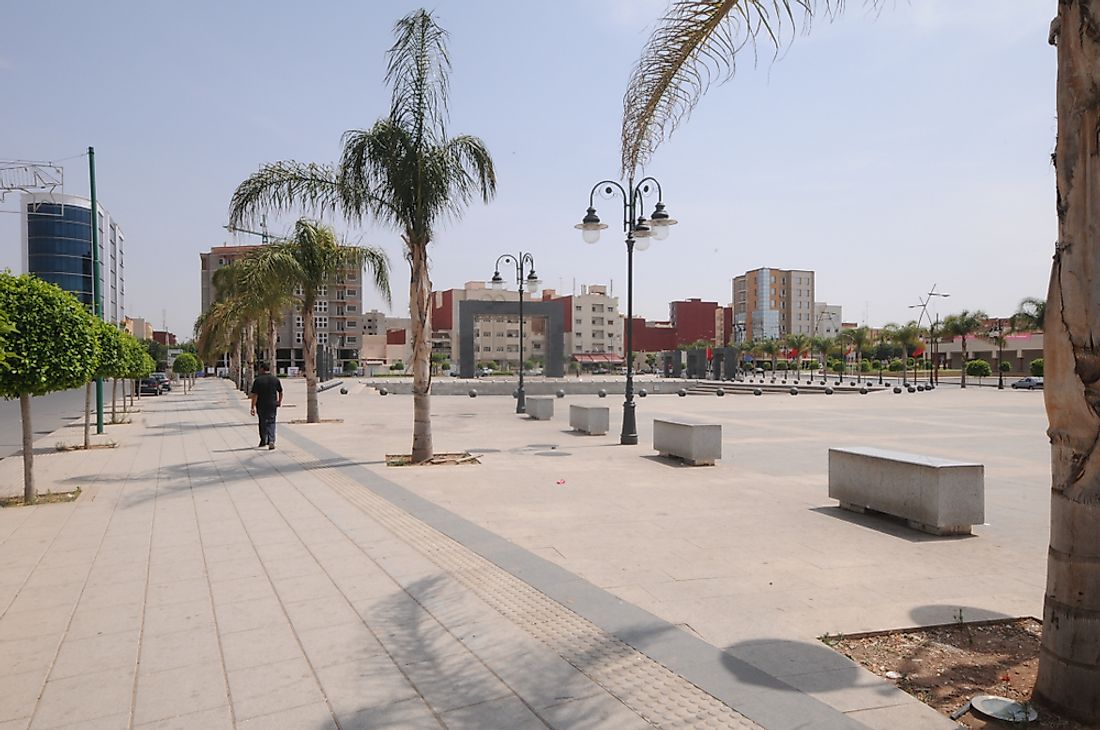 Oujda is Morocco's eighth largest city, with a total population of 494,252. It is found in the east of the country close to the border with Algeria. The city has existed since at least 994 AD. Today, Oujda is a modern Mediterranean city that experiences warmer temperatures than other cities of its size in Morocco. Oujda has a popular old city. 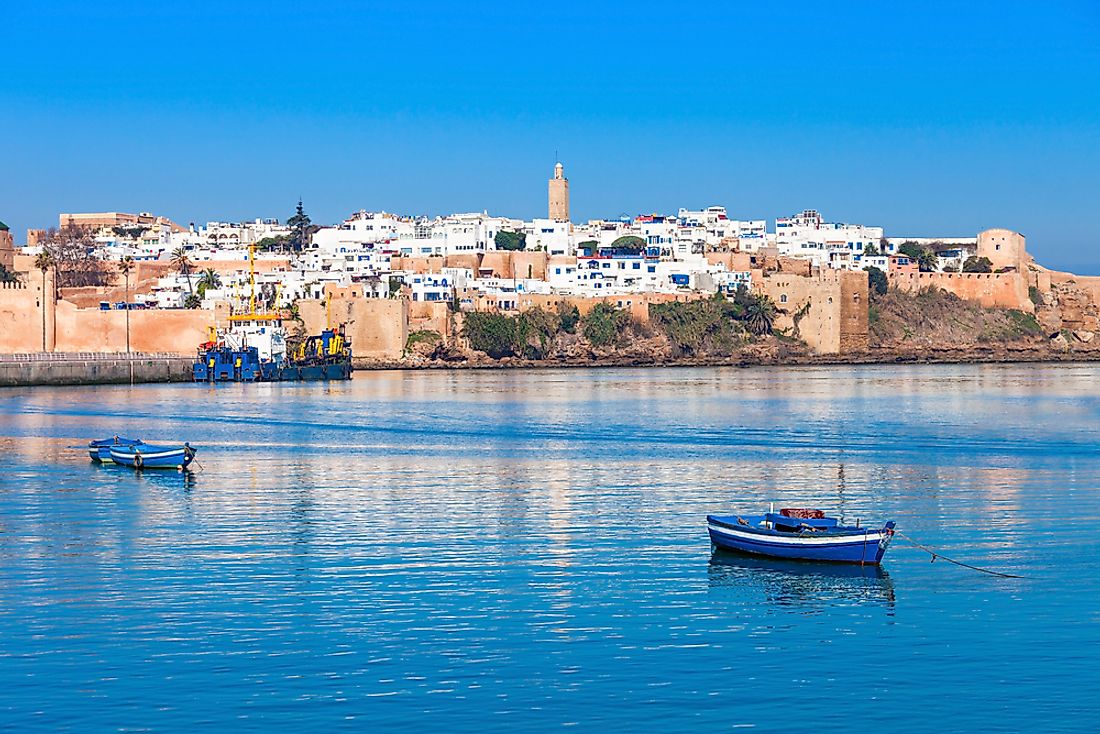 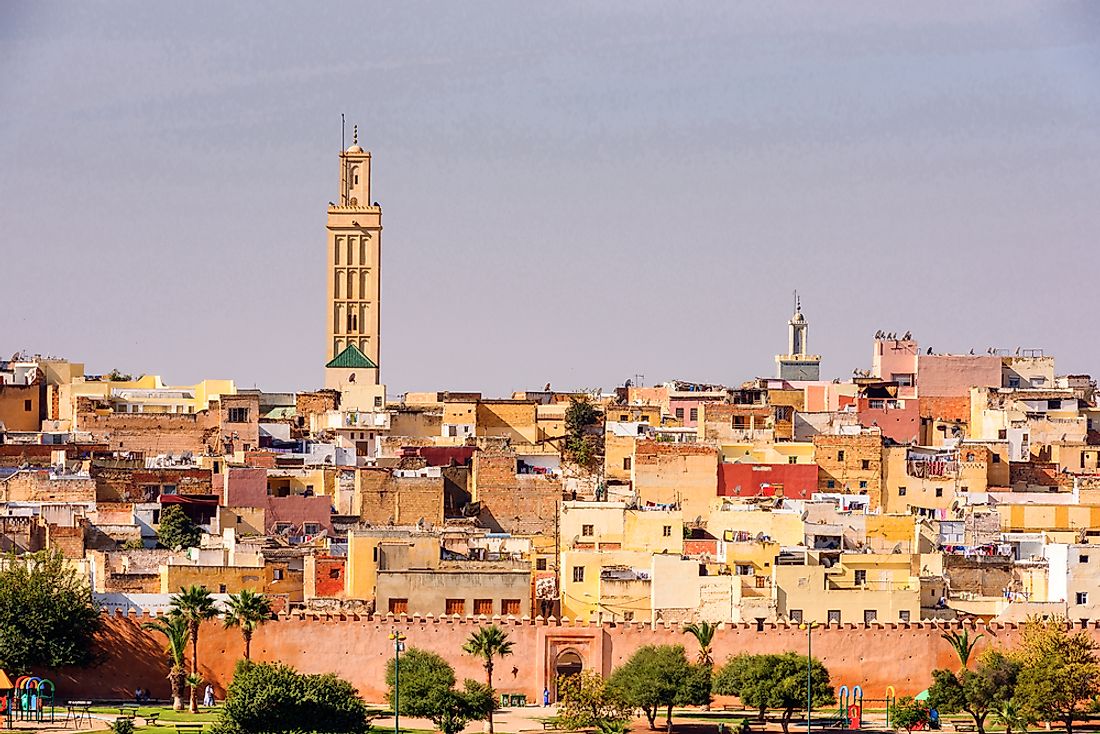 Meknes is home to 632,079 individuals. It is one of Morocco's Four Imperial Cities, and is a very historic city that dates back to the 11th century. The inland city is known for being well-preserved. 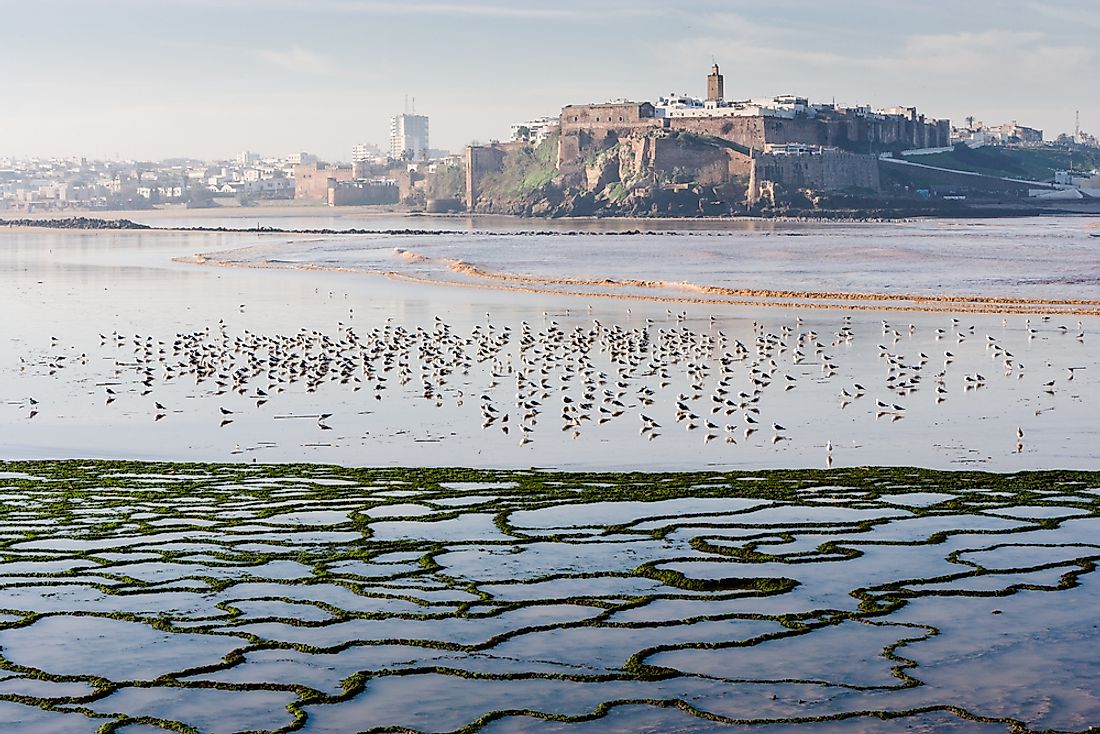 Salé has a population of 890,403 individuals. It is the fifth largest city in Morocco by population. The city has Berber roots dating back to the 1000s. The city is also called Salli or Sallee. One of the most famous sights in Salé is the giant Great Mosque. Salé is located adjacent to the Moroccan capital of Rabat. 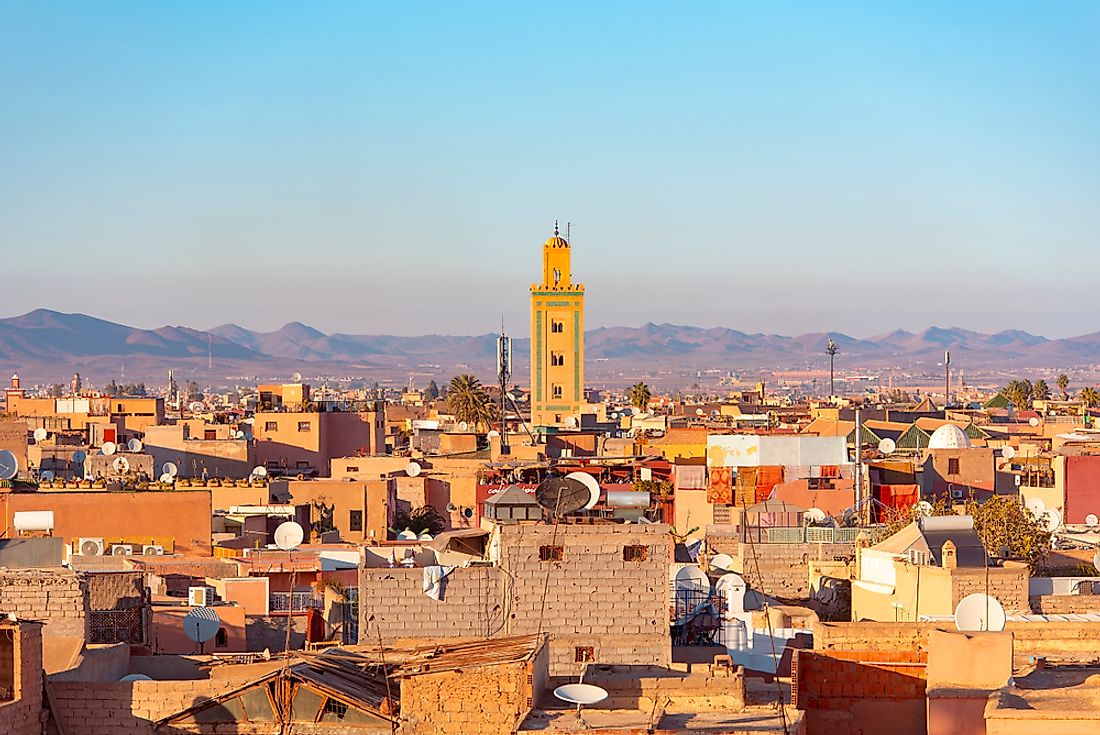 Marrakesh, with a population of just under one million, is one of the most famous cities in Morocco. It is located near the foot of the Atlas Mountains, and is also one of the country's Four Imperial Cities. 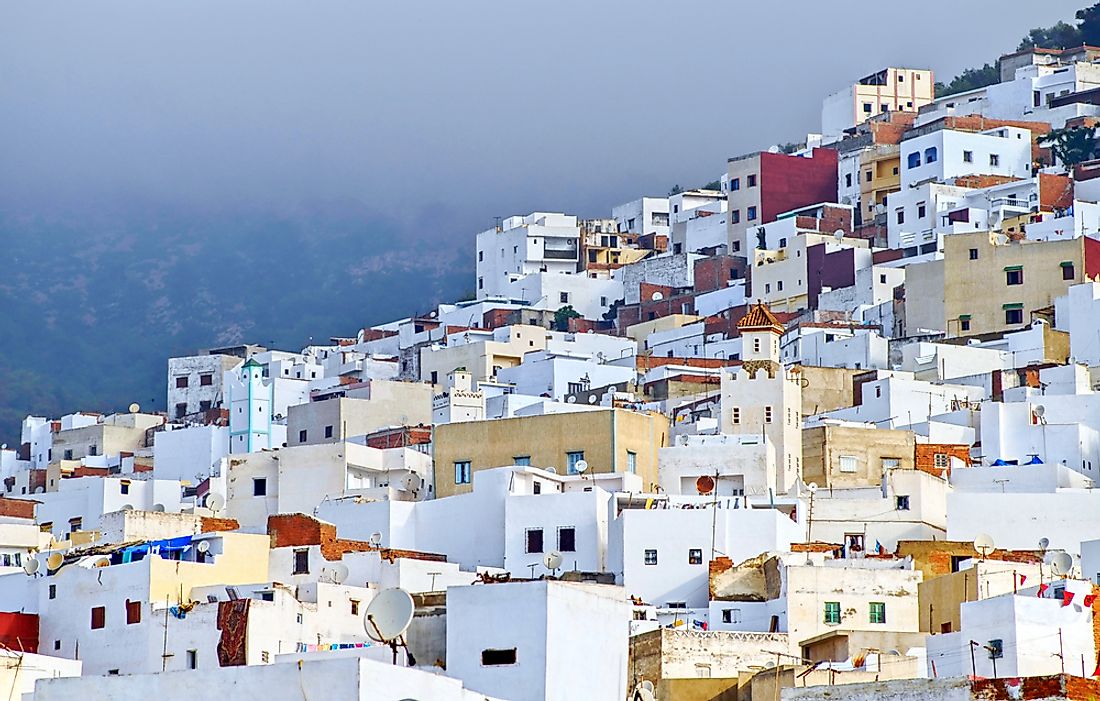 Tangier, one of the three largest cities of Morocco today, also has had immense economic and cultural importance in the past. It was even a prestigious city within the Roman Empire for more than 200 years. Today around one million people call Tangier home. 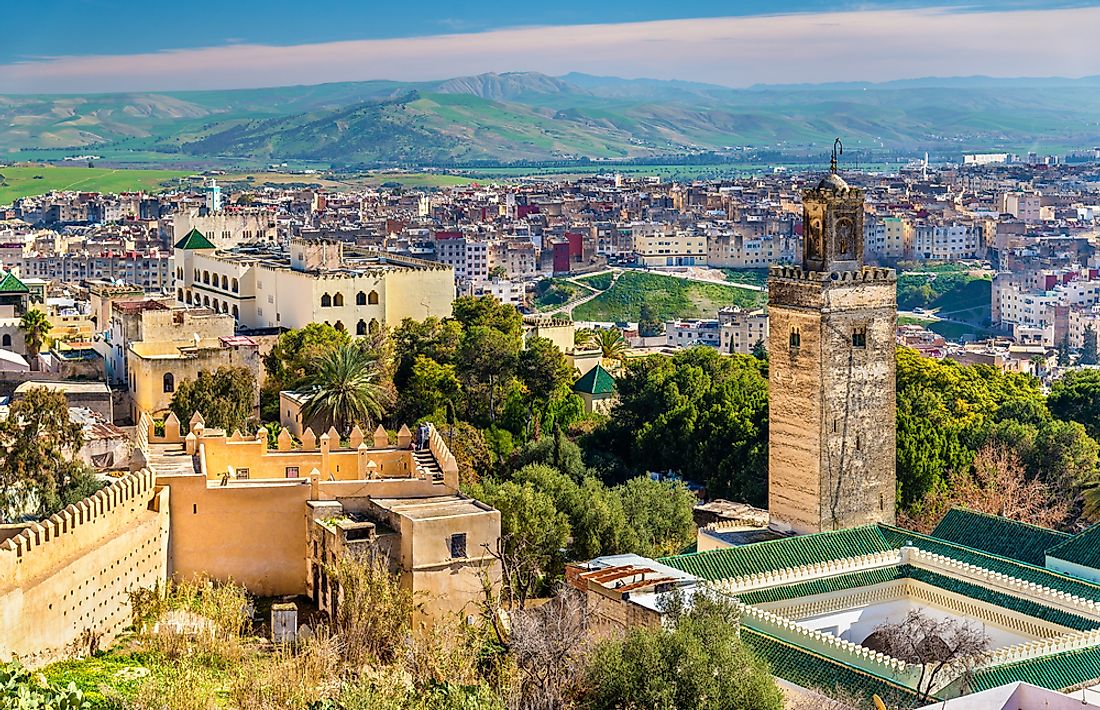 Fez is the second largest city in Morocco with a total population of 1,112,072. Fez has an interesting history, as it was a thriving center for a Jewish community in earlier historical times. It was one of the imperial cities of ancient Morocco and a popular commercial center. It is at present a UNESCO World Heritage Site. 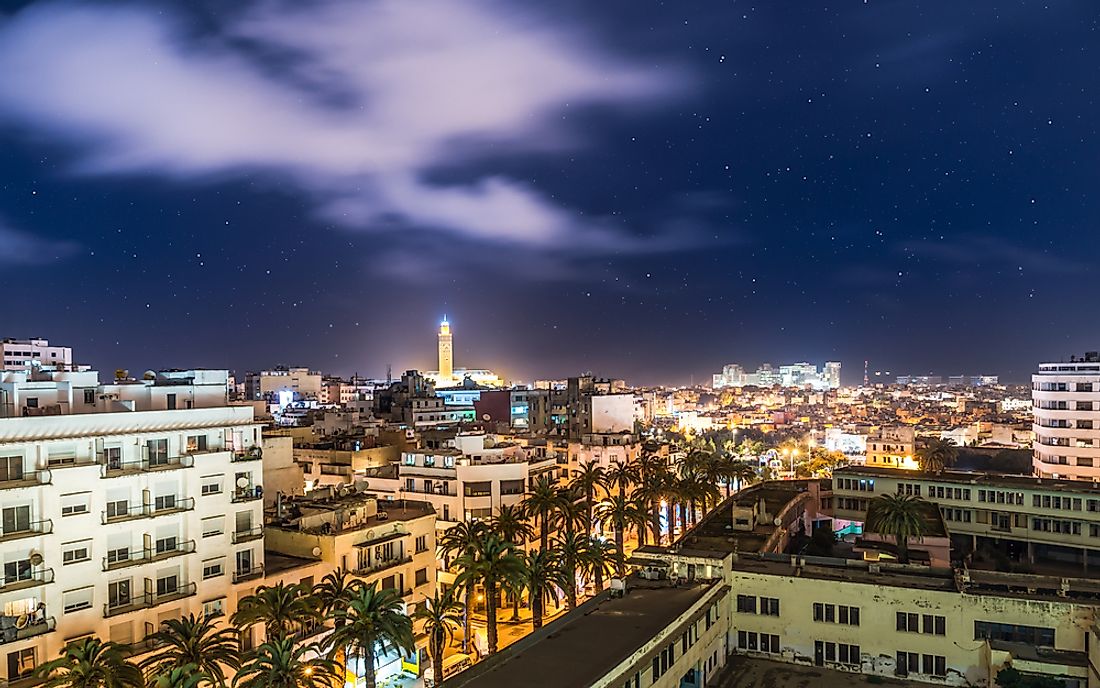 Casablanca is the largest city in Morocco with a total population of 3,359,818. The city has its origins in the 7th Century when Berbers, an indigenous ethnic tribe, made it their capital. The Portuguese invaded what is now Casablanca, then referred to as Anfa, in Morocco in the 15th Century. They renamed it as Casa Branca in 1575. Arabs, later on, rebuilt the city after a massive earthquake and named it Dar Al Beida or the white house. The present-day name is the Spanish translation of the same. At that time, it was the focal point of sea trade between Morocco, and the rest of Europe.

Enormous increases in population are among the hallmarks of several Moroccan cities in recent times, including Casablanca, Fez, Tangier, Marrakesh, and Beni Mellal. The populations of all these cities have crossed the one million mark. Of these, Casablanca has become the most populated city with a population of more than 4.2 million! It is also the economic capital of Morocco with a host of industries such as fishing, furniture manufacturing, glass-making, electronics, cigarettes, and more. It also houses the headquarters of most of the business organizations of Morocco. Fez is also attracting a large number of tourists from all over the world. The tourism office is making multiple efforts to improve the existing tourist services and increasing the bed capacity, which are yielding good results. Tangier is even becoming a place of immense economic importance with new investments in its aerospace industry.

Traffic congestion, degrading air quality and groundwater quality are the main challenges faced by the people of Casablanca. The use of empty land area as dumping grounds has also made the situation worse over the years. Similarly, Fez is facing a persistent problem of water pollution and scorpion bites, while the city of Tangier is facing the pressing problem of overpopulation because of a continuous surge of people flocking to the city over the years. Fez is also facing a problem of inadequate bed capacity for tourists, which is gradually improving.

What is the Biggest City in Morocco?

The Atlantic port of Casablanca is by far the largest of all Morocco Cities, and one of the most important cities in all of North Africa. It has a population of 3.5 million people.

The Biggest Cities in Morocco