RELATIVE LOCATION:
Texas is positioned in both the northern and western hemispheres.

Located in the southern Gulf-Coast region of the United States of America - a part of North America - it's bordered by the U.S. States of New Mexico, Oklahoma, Arkansas, Louisiana, as well as the Gulf of Mexico.

In addition, it's bordered by the Rio Grande River that forms the state's entire border with the country of Mexico, a border 1,951 miles - 3,141 km in length. 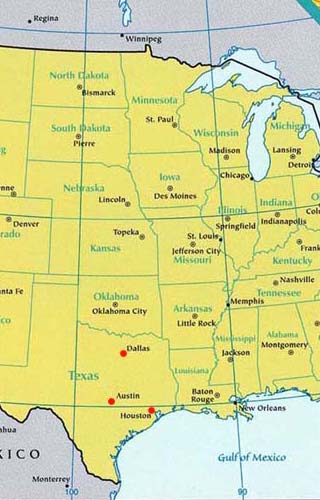