Known as the live music show capital of the world, Branson is a popular vacation destination and cultural center in

. With its international and American acts, Branson is the city to visit for top entertainment.

In the heart of the Ozark Mountains in southwest Missouri, Branson offers scenic views of the country while being known for its bright lights and live entertainment. This once small town is now one of the top travel destinations on the U.S. map. Imagine Orlando meets Nashville.

Branson also has something to offer individuals wanting to escape the hustle and bustle. During the autumn season, this Midwest town is full of breathtaking foliage, and the city's crystal clear lakes are the perfect place for spring and summer fishing and boating. 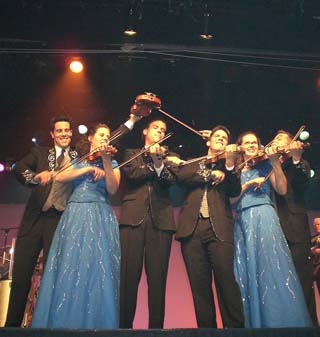 The Duttons, at their theater in Branson Pauliefred at en.wikipedia.org 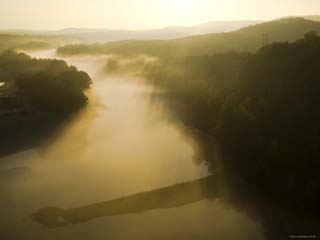 Ozarks Near Branson...
by Alan Copson
Buy This at Allposters.com