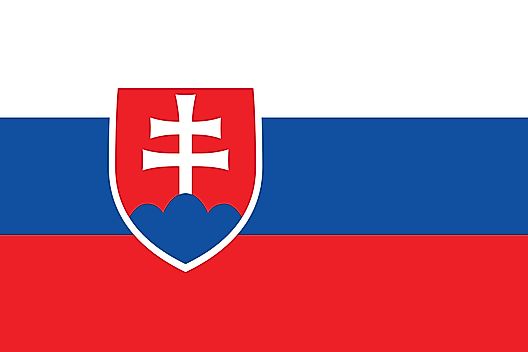 Heavily-forested, the rugged Ore Mountains dominate the central regions of Slovakia, while the Carpathian Mountains cover its northern borders with the Czech Republic and Poland.

The mountains slope into the fertile lowlands of the Danube River plain as well as to its southeastern border with the Ukraine.

Significant rivers include the Danube, Morava, Hron, Hornad and Vah. The Hron, is a 298 km long tributary of the Danube and the second longest river in Slovakia. Its basin covers approximately 11% of Slovakia's territory.

The lowest point of Slovakia lies near a place where the Bodrog River crosses the border with Hungary, at 308 ft (94m) above sea level.

Slovakia is rich in small natural lakes, as well as reservoirs that were built in order to store water to prevent flooding or to generate electricity.

And Slovakia is the only European country outside of Scandinavia to have a geyser. Located near Kosice, the geyser shoots 1,056 gallons of water 98 feet into the air for 20 minutes once every 32-34 hours.