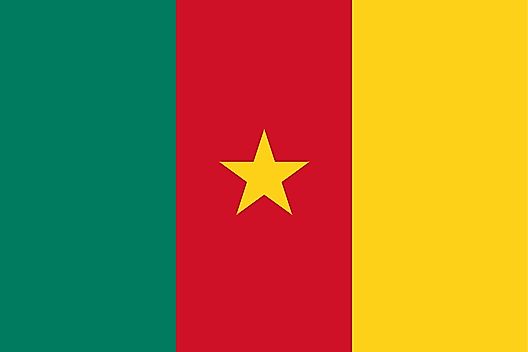 First inhabited by the mysterious Pygmies, and then the Bantu and Sudanic peoples, Cameroon would eventually become an infamous source of slaves for Muslim and European traders.

Missionaries arrived in the mid-19th century, and the land was subsequently colonized by Germany who set their sights on improving the colony's foundation - albeit with a harsh system of forced labor.

In the early 1900's (during World War I), it was invaded by both Britain and France, and later divided between the two countries. 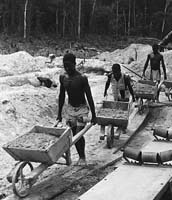 French Cameroun, as it was called, integrated their culture with the present economy, and advanced the country's infrastructure in much of the same way as the Germans had done previously; however, Britain governed their portion from Nigeria, which caused natives to feel neglected.

Cameroon first flirted with independence in 1960, but then a long series of internal political juggling between north and south, and the bloody coups of the 1980s delayed that process until the 1990s.

Amidst the political turmoil, a natural disaster occurred on August 15, 1984, as Lake Monoun exploded in a limnic eruption, and released carbon dioxide into the air. A larger eruption at Lake Nyos in 1986 killed upwards of 1,800 citizens and 3,500 livestock; both disasters are the only two ever recorded of their kind.

Presently, Cameroon still struggles to achieve peace within its boundaries, and unrest amongst its citizens continue to persist.

A union strike in Douala in February 2008 culminated into violent protests, becoming the worst act of violence the country had seen in 15 years - in spite of the incessant tension mounting over decades past. 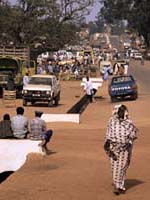 Cameroon is ethnically diverse with over 225 individual groups. The local economy is driven by foreign aid, a wide variety of agricultural ventures and oil and timber production.

Tourism is limited, but those who venture here enjoy the beach areas near Kribi, the interesting capital city of Yaoundé, and the abundant wildlife of the national parks, especially the elephants found in Waza National Park.