Mountains cover 60% of Switzerland's land area, with ranges of the Alps in the south and the Jura Mountains to the north.

Between the mountains there's a hilly, central plateau that extends on through the east-west axis of the country.

Moving north, the Rhine River makes up much of Switzerland's border with Germany, as well as part of Lake Constance.

Switzerland's two largest lakes are Lake Geneva (shared with France) and Lake Neuchatel - which is the largest lake entirely within the country's borders. 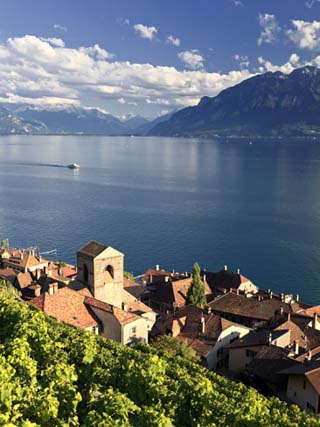