Latvia is generally a very flat country of low-lying plains, largely covered by forest. There are some low hils in the west and far southeast. 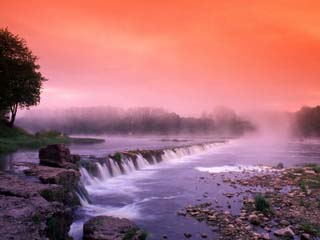