The European country of Ukraine is associated with numerous interesting and unique features some of which are highlighted below.

The Famous “Tunnel Of Love” Is Located Here 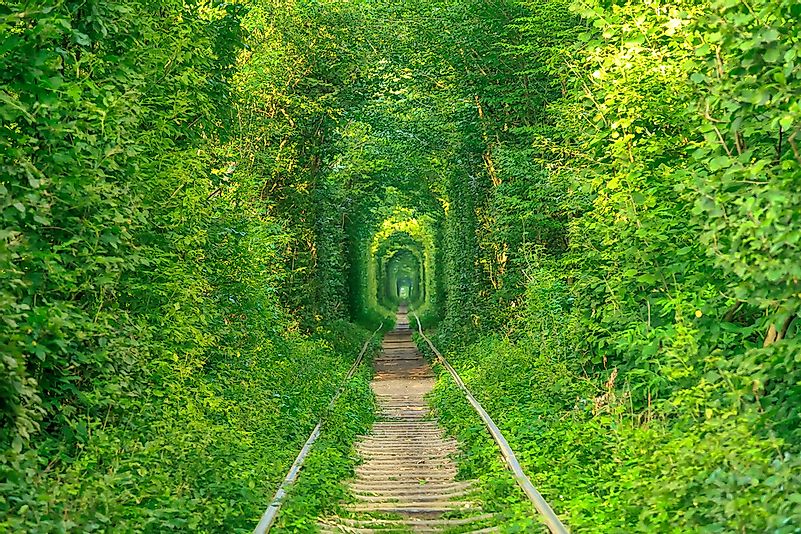 The Tunnel of Love is part of an industrial railway near Klevan, Ukraine. This enchanting natural train tunnel is surrounded by green arches formed by trees on both sides of the single track railway line. Its romantic setting attracts many couples to the place. According to local legends, couples who visit the place will have their wishes granted.

Ukraine Is Home To Many Ghost Towns

The deadliest nuclear disaster of all time, the Chernobyl Disaster. happened in Ukraine. The site where this disaster happened and its surroundings are located in northern Ukraine and are part of the Chernobyl Exclusion Zone. A number of abandoned towns like Pripyat are located there.

The Arsenalna station of Kiev Metro is the world’s second deepest station. It is located 346 feet below ground. 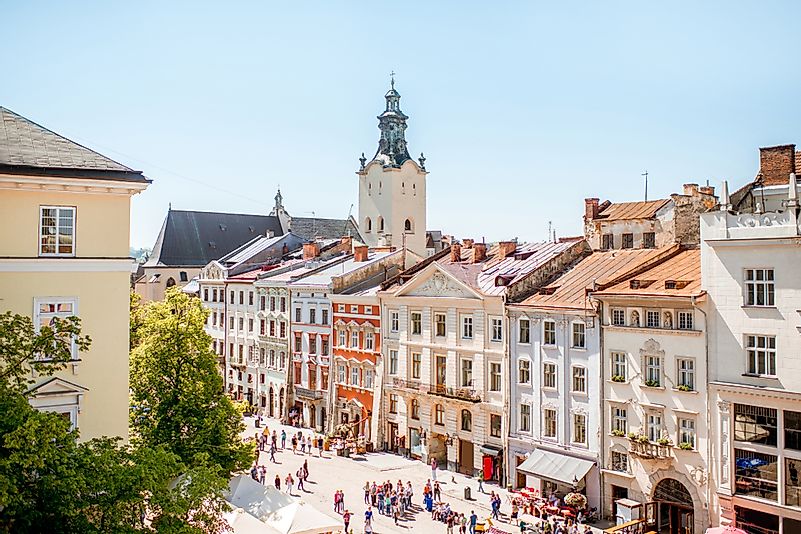 Ukraine and Austria both claim credit for inventing the European coffee shop. It is also believed that Yuri Kulczycki, a Ukrainian war hero, brewed the first cup of coffee in Vienna, Austria in the 1680s. Today, the intense coffee culture of Ukraine is clearly visible in Lviv, a Medieval city in the country that is home to hundreds of coffee shops.

Ukraine has vast tracts of land dedicated to the growth of sunflower plants. It is estimated that the total size of Ukraine’s sunflower farmlands could cover the entire territory of Slovenia.

A Land Of Castles, Fortresses, Domes Churches, And Ancient Cities 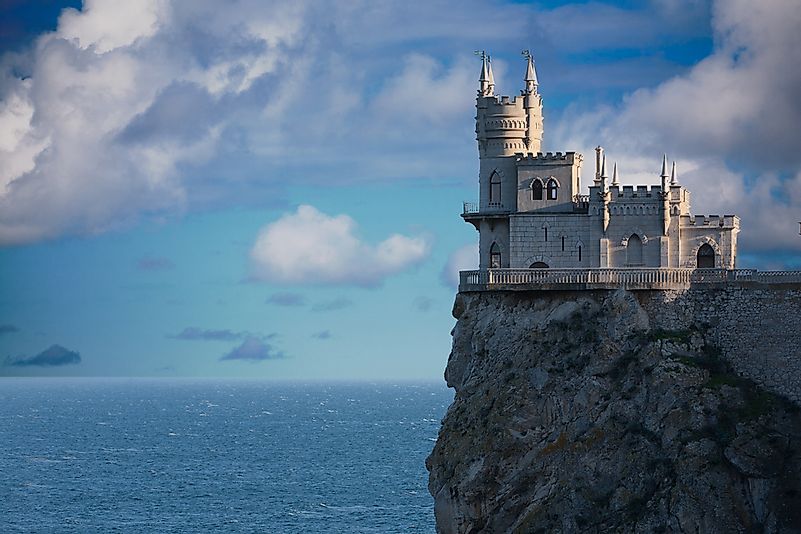 Ukraine is historically and culturally very rich. It has six cultural and one natural UNESCO World Heritage Sites. Many of its cities have long histories and well-preserved historic centers. Beautiful churches dot the city. Ukraine also has many impressive castles and fortresses that reminds one of the country’s glorious past.

Although Russia is usually regarded as Europe’s largest country, Ukraine is the largest one entirely within the continent. Ukraine has a total area of 603,628 square km.

Among The World’s Most Literate Country

Nearly 100% of Ukraine’s adult population is literate. Only North Korea has such high literacy rates as Ukraine.

The "Bread Basket Of Europe”

The vast tracts of arable land in Ukraine with fertile black soil made it an ideal place for growing wheat and other food crops. As such, it was nicknamed "breadbasket of Europe”. Today, Ukraine continues to be one of the largest producers of wheat in the world.

The Heaviest Aircraft Ever

The Antonov An-225 Mriya was built in Kiev, Ukraine while it was still a part of the Soviet Union. It has an empty weight of 285,000 kg and a wingspan of 88.4 meters. It is the heaviest aircraft ever built. It also has the largest wingspan of any functional aircraft.

This page was last updated on April 1, 2019.
By Oishimaya Sen Nag