Few alternative energy sources can be considered dangerous for human and environmental health with the exception of nuclear energy. The biggest concern from using this type of energy comes from the potential for radiation poisoning and pollution. Nuclear technology produces radioactive waste that comes into contact with humans and the environment during reactor accidents and waste storage leaks. The Chernobyl disaster, the Fukushima disaster, and the Kyshtym disasters were among the worst nuclear disasters of all time.


For this article, we will be focusing on incidents that qualified as level 5, 6, or 7 disasters.

The Worst Nuclear and Radiation Disasters in History

Chernobyl Disaster undoubtedly deserves a spot on the list of the world's worst nuclear disasters of all time. On April 26, 1986, the Chernobyl nuclear power plant in Ukraine (at the time the USSR) suffered a tremendous accident. During testing, an explosion occurred that ended in 9 days of fires and radiation emissions. There were 31 immediate deaths and an estimated 4,000 premature deaths from the effects of the radiation leak. Today, around 5 million people live in radionuclide contaminated zones, and they still lack the information they need to live healthy lives. An 18.6-mile radius area is still closed to humans, known as the Chernobyl Disaster Exclusive Zone. This zone includes lakes, forests, and eery abandoned buildings, including shows and shopping centers. Concerns regarding birth defects and food contamination among those who were exposed remain to this day. 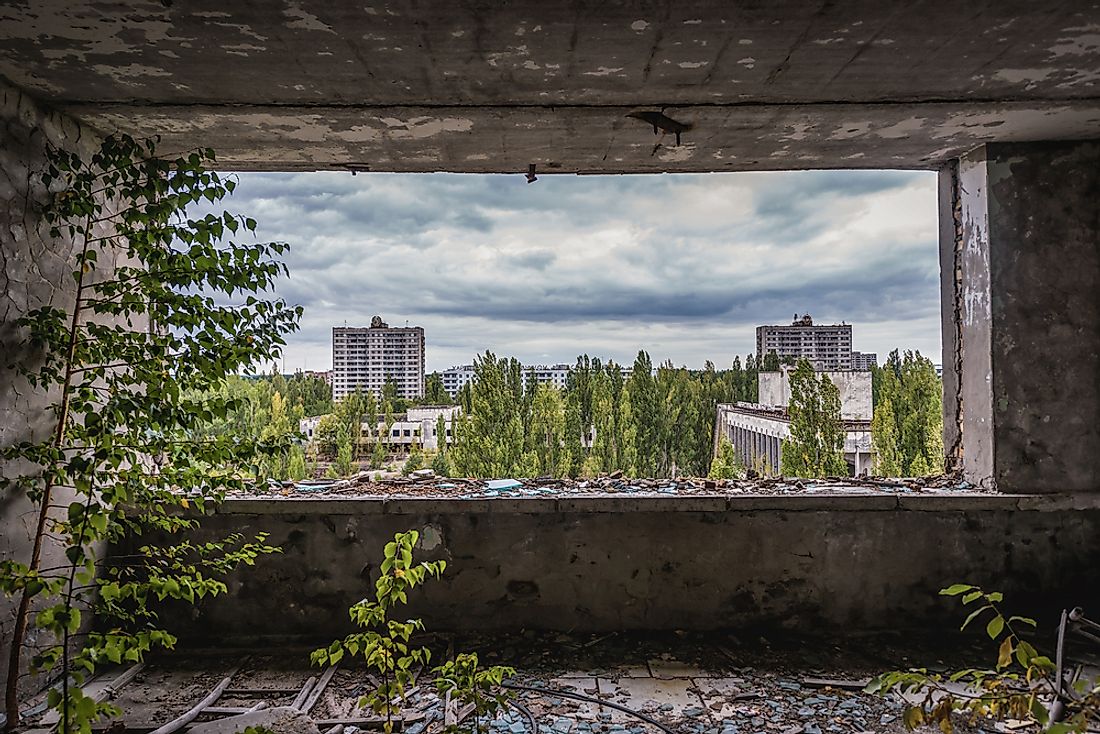 The 2011 Japan tsunami and earthquake devastated northeastern Japan, resulting in an outcome of around 15,000 deaths and thousands of injuries and missing people. It was the worst earthquake in Japan's history and one of the worst tsunamis to strike the world in recorded history. To make a terrible situation even worse, the earthquake resulted in meltdowns at nuclear power plants in the country's Fukushima Prefecture. The meltdown directly resulted in the deaths of two people. The handling of the disaster, which many in the public perceived to be slow and inadequate, caused a massive uproar both in Japan and abroad. Like Chernobyl, the Fukushima disaster further deteriorated the world's faith in nuclear power. Several countries around the world, such as Germany and Italy, vowed to either close their nuclear power plants or cease building any new ones. However, in some countries such as India and Russia, nuclear power still reigns strong. Mayak, a major plutonium-producing site in Russia, was also the site of one of the worst nuclear disasters of all time. On September 29, 1957, a nuclear waste storage container exploded, exposing 22 villages to dangerous radiation levels. Although more than 10,000 people were evacuated instantly, a full two years passed before all sites were evacuated. To make matters worse, the explosion was kept secret from the outside world by the USSR for three decades. This disaster left 200 confirmed dead and contaminated the nearby rivers and soil.

The worst nuclear disaster in the history of the United Kingdom took place on October 10, 1957. The incident occurred when a reactor, known as "Unit 1", caught fire. The fire continued to burn for three full days, releasing radiation as far away as Europe. The radiation contained idoine-131, an isotope known to cause thyroid cancer. Studies that have been conducted on the connection between the Windscale Fire and cancer rates have been mixed.

The Three Mile Island accident was the most significant nuclear disaster in American history. It happened on March 28, 1979. The disaster occurred when large amounts of nuclear reactor coolant leaked from reactor number 2 at the Nuclear Generating Station near Harrisburg, Pennsylvania, United States. To make matters worse, the leak was not immediately identified as such, leaving to a lengthy problem-solving session and a delay in damage control. At the time of the disaster, a voluntary evacuation was called for anyone within a five mile radius of the plant. Reactor number 2 was so badly damaged that it was never used again, and was eventually commissioned. Reactor number 1 is still in operation but is soon to cease operations in 2019. The accident led to widespread panic throughout the eastern United States, and had an impact on the public perception of nuclear power. 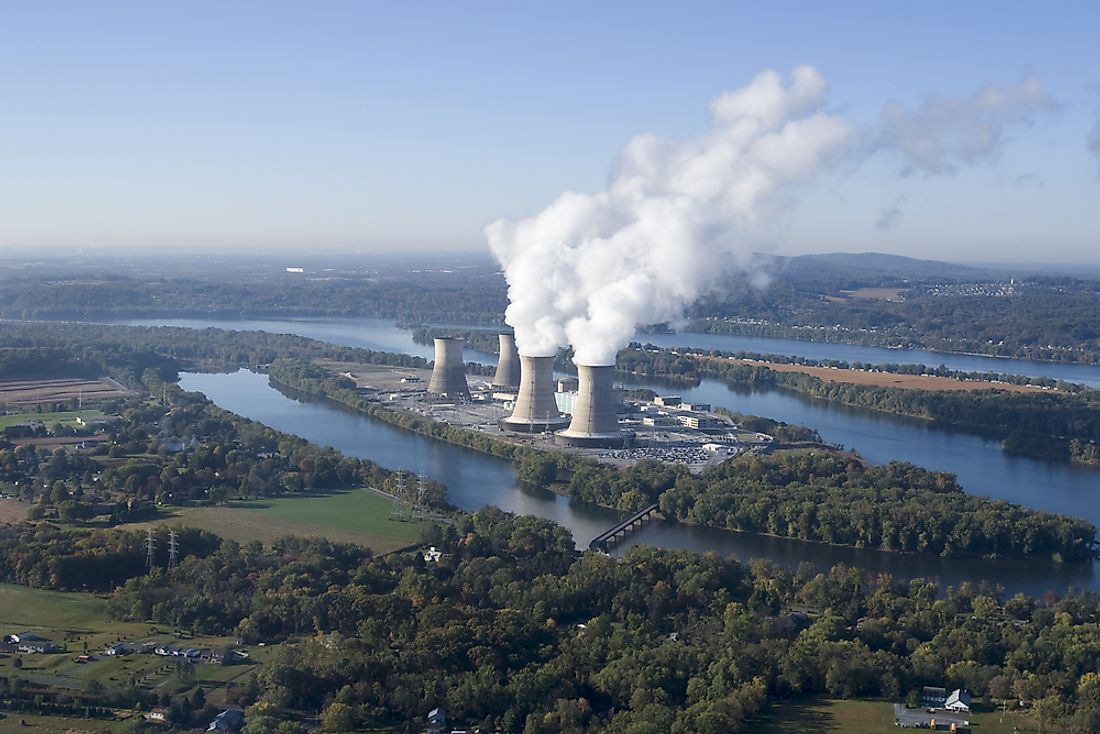 In 1952, a nuclear reactor at the Chalk River Laboratories in Chalk River, Ontario suffered a loss of coolant and a damaged core, which eventually led to a partial meltdown of the reactor. It was the first nuclear accident in the history of all nuclear energy. No deaths occurred as a result of the meltdown. However, the clean-up required was arduous and involved hundreds of volunteers and military personnel.

The International Atomic Energy Agency (IAEA) concerns itself with all things related to nuclear facilities, including nuclear safety and security. In recent years, the nuclear power industry has improved reactor designs and performance. The IAEA activated the Convention on Nuclear Safety in 1996 and since then it was amended in 2015. The amendments include such protection measures as nuclear power plants are to be designed with accident prevention in mind, periodic safety assessments are to be implemented, and national regulation agencies must take into account the IAEA Safety Standards.

What Was the Worst Nuclear Disaster in History?

The Chernobyl Nuclear Disaster is the worst nuclear disaster in history both in terms of costs and casualties. . On April 26, 1986, the Chernobyl nuclear power plant in Ukraine (at the time the USSR) suffered a tremendous accident. During testing, an explosion occurred that ended in 9 days of fires and radiation emissions. There were 31 immediate deaths and an estimated 4,000 premature deaths from the effects of the radiation leak.

This page was last updated on September 13, 2018.
By Amber Pariona

The Worst Nuclear Disasters of All Time